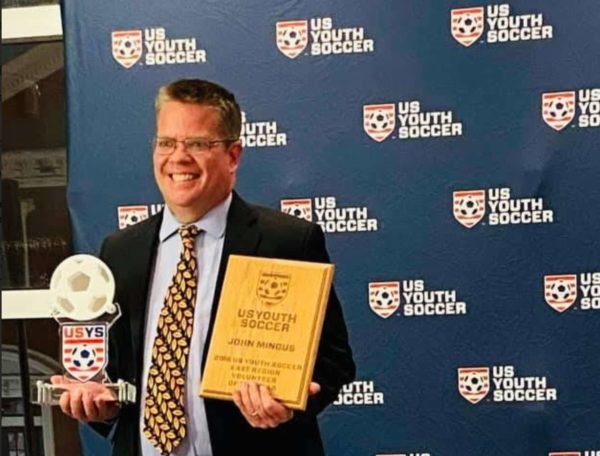 John Mingus, an Arlington youth soccer coach, was named National Volunteer of the Year by US Youth Soccer on Saturday.

Mingus began coaching soccer when his first daughter began playing in the spring of 2001. He coached both of his daughters until they began high school. He continued to coach kindergarten boys, first grade and high school girls even after he stopped coaching his daughters’ teams.

He is currently the club manager of the Northwest Lions, the largest club in the Arlington Soccer Association. As club manager, Mingus places new players in separate teams, he recruits the coaches for each team, and sets policies and procedures for the program.

“I love volunteering because I believe strongly in [Arlington Soccer]’s mission,” Mingus said. “I believe Arlington rec soccer is an incredible program that offers kids of all ages to play soccer. It is important to have a program that provides regardless of their ability.”

With the prize, Mingus received a pass to get free Chipotle burritos for one year.