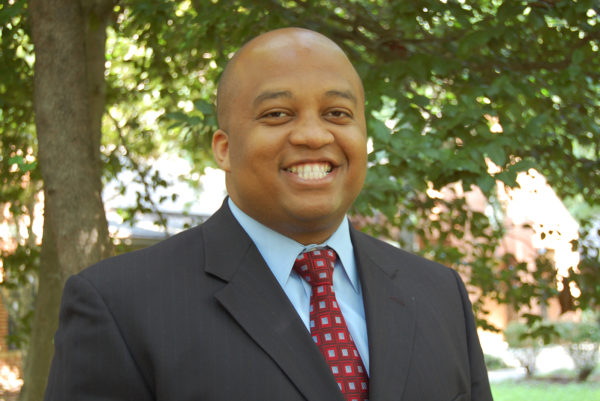 While he may not have moved many personal mementos in yet, he’s not wasting any time getting started as the department’s new director. The Lynchburg, Virginia native began in the position in mid-January, and he’s already meeting with commissioners, stakeholders and business owners in an effort to learn just what the talk is out there about his new home.

“I really want this to be a collaborative effort right from the beginning,” he says. “I’m a collaborator and communicator by nature. I want to be in constant contact with my staff, my stakeholders and my community to determine how we raise the collective tide for all of Arlington’s businesses.”

Tucker is tasked with navigating Arlington’s economic community as the “post HQ2 chapter” emerges. The 2018 announcement of Amazon’s new headquarters coming to Arlington put the community on the map, not just nationally, but globally. In addition to that work, Tucker says another of his major goals is working with Arlington’s existing businesses to ensure we’re responding to their needs and concerns.

“We need to make sure that Arlington’s business core remains strong — that we continue to support small business, in community-building, and ensuring that the values we as Arlingtonians cherish remain true,” he says. “I’m truly humbled that County leadership has entrusted me to lead the department for this new and exciting chapter of Arlington’s economic development.”

Tucker plans to “keep an attentive ear to the community” in his first few months leading AED. He plans to meet with staff, small business owners, and community leaders, among others, to get a pulse on the community and its thoughts on Arlington’s business climate. He also cites continued collaboration with regional jurisdictions as part of the new Northern Virginia Economic Development Alliance to ensure the region has a strong voice nationally and globally.

“There are so many truly great things happening in Arlington,” he says. “I want to continue to build on what’s been done to make sure Arlington’s leadership in the innovation economy is sustained.”