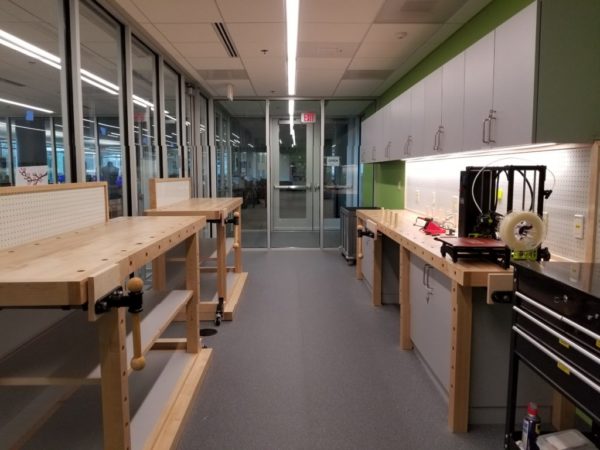 The theft was discovered this morning and immediately reported to police.

“At approximately 11:10 a.m. on March 2, police were dispatched to the 1000 block of N. Quincy Street for the report of a late larceny,” ACPD spokeswoman Ashley Savage told ARLnow. “Upon arrival it was determined that between 5:00 p.m. on February 29 and 10:40 a.m. on March 2, an unknown suspect stole 12 MacBooks.”

At this point, police don’t know who stole the computers.

“There is no suspect description,” Savage said. “The investigation is ongoing.”