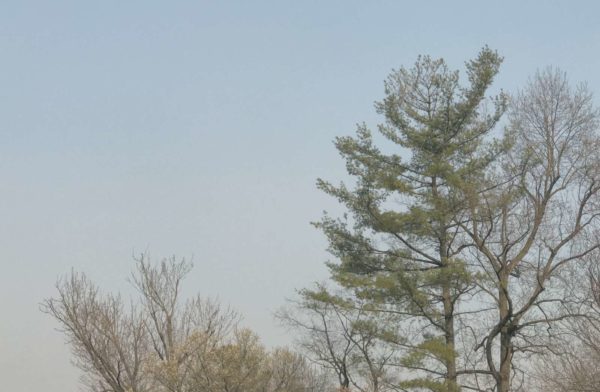 If it looks, feels and smells like California during wildfire season outside — there’s a good explanation for why.

Amid sunny, warming weather, the air in Arlington has turned hazy with a distinct campfire smell. The smoke is coming from a controlled burn near Marine Corps Base Quantico, blown by prevailing winds over Arlington, D.C. and Fairfax County, among other D.C. area locales.

There have been reports of smoky conditions in both the southern and northern portions of the county.

ADVISORY ⚠️: The U.S. Forest Service is conducting a controlled burn of approximately 2,000 acres of land in the area of Quantico, VA. Due to shifting winds, you may notice an odor of burning or the presence of smoke outside. The burn is expected to last 2 days.@Arlingtonfire

Here are the current smokey conditions over Arlington County & Northwest DC. I've alerted @dcfireems about the Quantico burn. They're running a bunch of calls because of it. @ArlingtonVaFD @ARLnowDOTcom @ArlingtonVA @WTOPtraffic @WTOP @ffxfirerescue pic.twitter.com/9A51gjEEOZ

Marine Corps Base Quantico is conducting a controlled burn near the Stafford and Fauquier County Line. Due to current weather conditions, moderate to heavy smoke from this controlled burn is travelling in to Prince William County. https://t.co/suVPiB4gNa pic.twitter.com/926sueLq4B