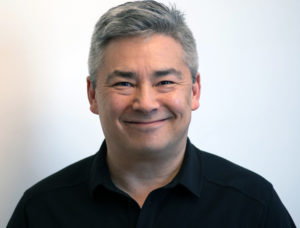 By Wesley Joe and Carly Lenhoff

Public conversations about juvenile justice can quickly escalate into pitched battles. They involve some of the highest stakes: fateful decisions about the future of children. Unfortunately, these conversations often devolve into unproductive conflict. While some disagreements are inevitable and healthy, many become needlessly mired in unproductive disputes over basic facts. Arlington Public Schools (APS) can reduce some of this deliberative drag by collecting and sharing more data, and by making its existing data more accessible. 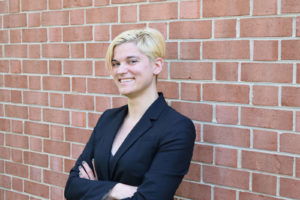 Reaching a community consensus about how to address a problem begins with agreement about key facts. Unfortunately, public stakeholders currently lack the information necessary to resolve controversies of fact regarding many serious student discipline issues.

For example, there is much discussion of the role of school resource officers (SROs) on school campuses. In May 2018, APS and the Arlington County Police Department signed an updated Memorandum of Understanding (MOU) that more clearly defines the respective roles and responsibilities of SROs and APS personnel. Yet public stakeholders currently have no way to assess the impact of these measures on student life and achievement. The MOU does not specify criteria for “success.” Nor does it require the collection and disclosure of data needed to monitor compliance with and the effects of its provisions.

One potential solution is the adoption of a policy for routine, publicly reported assessment of the impacts of the MOU and other major discipline-related policies. The assessment process would generate and report useful data. For example, one MOU goal is to minimize the incidence of informal requests for law enforcement assistance with discipline that does not involve violations of law. APS’s presentation to the School Board in January reported no data about this issue. A thorough assessment would include, for example, demographic information about students whose conduct is informally referred to SROs, student perceptions of SROs, and the like. Within the limits required to respect student privacy, stakeholders need this kind of information to contribute more productively to policy conversations.

Make the data that APS collects and reports more accessible to the public.

APS does publicly disclose some data regarding discipline in schools. Finding that data, however, can pose challenges as it is often published in diffuse or unintuitive places on the APS website. Consolidating access to all discipline policy-related data and reports in a single, easily accessible place would simplify the public’s information-gathering process and in turn enrich public feedback and impact on school discipline policies. APS should also provide this information in Spanish. According to data provided by APS to the Virginia Department of Education, more than 13 percent of current APS students are Hispanic English language-learners. Many more are former English language-learners whose parents would benefit from Spanish translation.

It’s easier to agree on facts when they’re presented directly, without ambiguity. APS should present its data more forthrightly. For example, APS’s “Suspension Data” reports should include both raw data and suspension rates by such student characteristics as disability, socioeconomic, and English language-learner status. APS currently reports racial/ethnic group member suspensions as a percentage of all students suspended, departing from the practice of reporting rates in other areas, such as academic achievement. If APS reported rates, some important facts would be more accessible. For example, it is not currently obvious that in the 2017-2018 school year (the latest for which data are available), a black student at Yorktown High School was 10 times more likely to receive at least one suspension than a white student, and more than twice as likely to receive at least one suspension as a black student at Wakefield High School.

To maximize our children’s futures, we must have productive conversations about where they spend most of their present–at school. The development and transparent dissemination of data are fundamental, impactful, steps APS can take to make these conversations more helpful to our kids.

Wesley Joe is a current APS parent and former member of the APS Advisory Council on Instruction. He has lived in Arlington for more than 20 years and teaches at Georgetown University’s McCourt School of Public Policy. Carly Lenhoff is an M.P.P. and J.D. candidate at Georgetown University. Her focus has been juvenile justice issues, and she was previously an intern with the Office of the Public Defender for Arlington Count and the City of Falls Church.