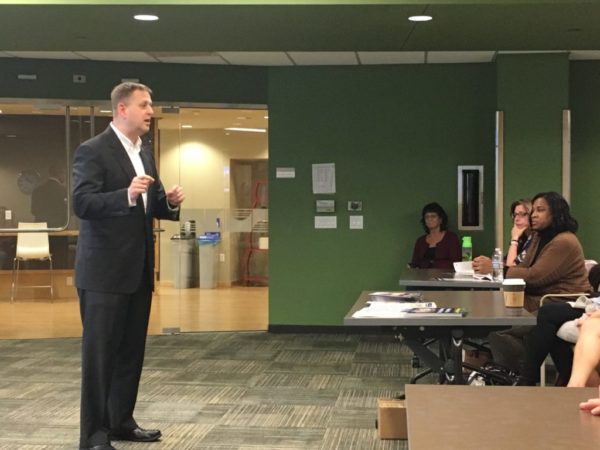 The Virginia state legislature adjourned from its 2020 session last week, but not before a lawmaker from Arlington finally succeeded in his years-long quest to ban conversion therapy.

Virginia became the first Southern state to ban conversion therapy for people under the age of 18, thanks in part to Arlington’s Del. Patrick Hope (D). Hope’s bill, HB 386, was signed into law by Gov. Ralph Northam on Monday, March 2.

Conversion therapy “is any of several dangerous and discredited practices aimed at changing an individual’s sexual orientation or gender identity,” according to the Trevor Project, a nonprofit dedicated to suicide prevention among LGBTQ+ youth. Virginia is the twentieth state in the country to have banned the practice.

Hope first proposed the conversion therapy ban seven years ago, and has continued to do so during each legislative session, but before this year it kept getting killed in the Republican-majority subcommittees.

Hope deems the success of the bill “very partisan,” crediting the Democratic majority in both houses of the General Assembly in getting the bill passed. This is the first time in 26 years that the Democrats have controlled the state government.

The path to the ban, however, involved some bipartisan cooperation.

The Virginia Department of Health Professions played a role in building the bill. In 2018, the Chairman of the Health, Welfare, and Institutions Committee, Bobby Orrock (R), turned to the Dept. of Health Professions to regulate conversion therapy practices without the help of lawmakers. The department had refrained from doing so for the past seven years because officials felt that the state legislature was sending them a message by killing the conversion therapy ban in subcommittee so many times.

However, after Orrock reached out, the department created a workgroup to look into the issue and, because of Hope’s work on the bill, he was asked to take part.

The meetings informed the details of the bill. In the end, however, it was the Democratic majority that gave Del. Hope the victory he had been seeking for seven years.

“It really is a defining moment,” Hope said. “To be the 20th state and the first state in the South to [ban conversion therapy] really shows how hearts and minds have changed across the country and I couldn’t be more proud.”