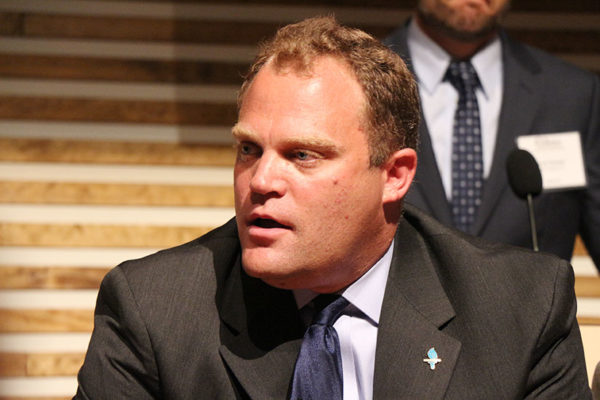 (Updated at 4:25 p.m.) As Arlingtonians scramble to stock up on emergency supplies to weather the coronavirus pandemic, some local nonprofits that are helping those most in need are starting to see the strain on the county’s most vulnerable populations.

“We’re still trying to get used to the new reality,” said Andrew Schneider, executive director of Arlington Thrive, a nonprofit that provides emergency funding to people in crisis. “We’re trying to figure out how dire the situation is for Arlingtonians, not just [in terms of] health but also economic [situations].”

Schneider said Arlington Thrive and many of the other local nonprofits like A-SPAN and AFAC are collaborating closely to try to assess where needs are highest. The local nonprofits are benefitting, Schneider said, from a few years of community leaders laying the groundwork to provide immediate help across their organizations in the event of an emergency.

“There’s a lot of collaboration going on led primarily by Arlington County and the other community foundations,” Schneider said. “Thrive, like most nonprofits, has been leaning that direction and moving even closer during this crisis. This afternoon I’m on a conference call with 22 other nonprofit executive directors and the director of human services to talk about community-wide response.”

“We’ve seen an outpouring of support from the community but also seeing a lot of people who just want to try to make a difference,” Schneider said. “You see these awesome things that teachers are doing and Facebook groups popping up, so we’re trying to help people identify where the need is greatest and channel resources to that… but no matter how good the nonprofit, at some point demand is going to outstrip that.”

Currently, Schneider said the most immediate needs in the short term are for food and, with schools out, child care.

“The dire need right now is for child care assistance and, frankly, because of the anticipated need at AFAC there’s assistance for funding for food,” Schneider said. “Secondly, what we’re trying to do is prepare ourselves for what will be the long term, six-month impact. Even after the quarantine and the immediate crisis ends as people are still out of work or the economy gets back up, they’re going to be turning to Thrive.”

Last week, as the coronavirus crisis was ramping up, the organization announced that it had received $60,000 from CareFirst BlueCross BlueShield, Thrive’s largest private grant ever. In this time of need, however, it will only go so far.

Schneider said Thrive is currently raising money for emergencies like rental assistance, medical assistance, and utility assistance for people who may have just lost their primary income. While Virginia has suspended non-emergency evictions, there’s still the threat that people could be forced out of their homes as soon as that’s lifted.

“People are already in a position where they’re struggling to make those payments,” Schneider said. “I worry about the need being so great in our community that we’re all going to be overwhelmed, which is why you’re seeing that partnership and collaboration.

Donations can be made to Thrive online. Schneider said people who want to help their community could also volunteer at Volunteer Arlington or donate to the Arlington Community Foundation.