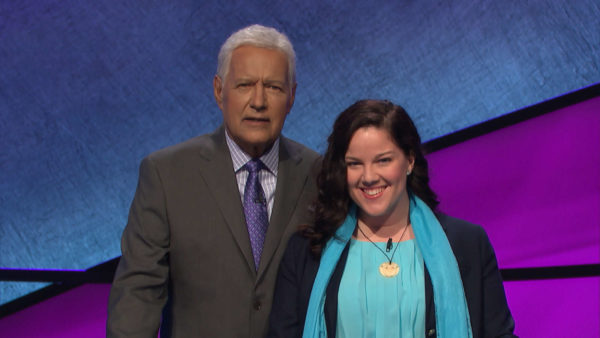 If you’re sheltering in place at home and need something to do tonight, you could root on an Arlington resident as she competes on Jeopardy.

Emmy Crawford, a program officer from Arlington, will appear as a contestant on “America’s Favorite Quiz Show” tonight. She’ll compete against a research compliance manager from Silver Spring, Maryland and — the winner of Tuesday night’s episode — an adjunct professor from New York City.

The show is taped in advance, which explains how it is still airing new episodes after yesterday’s announcement that it was suspending production. Jeopardy’s Alex Trebek has continued to host the show despite his battle with stage 4 pancreatic cancer.