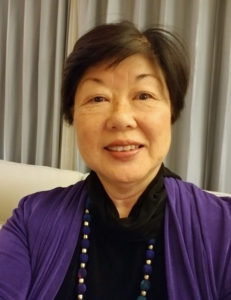 Note: The person-to-person activities described in this article have been suspended to ensure health and safety during the COVID-19 pandemic. The volunteers’ research, paperwork and electronic organization continue.

Kent* was in a local homeless shelter, discouraged and confused. He had completed his felony sentence years ago, but he had a disability, no job, and an uncertain future. A visitor wearing a t-shirt that said “Spread the Vote” asked if he wanted to request to have his civil rights restored. He was a bit leery, but he sat with her for a few minutes as they completed the online form.

Then it was a matter of waiting. It took nearly 8 months and many emails and phone calls to the Eastern District Federal Court and Federal Bureau of Prisons, plus calls to Richmond. In October 2018, his request was finally granted. Kent registered to vote, and has voted in every election since then. He also is in his own apartment now and his outlook on life is much brighter.

Many such citizens have been disenfranchised in Virginia because of a felony conviction. After completing their sentence and probation, they have a legal right to vote, but must apply to have their voting rights restored. Many don’t realize they can do this; many don’t have access to a computer to submit an application.

Carolina* was in her building’s computer room, fretting and near tears. Her ID had expired; without a current ID, she could not start her new job. A friend told her to contact Spread the Vote. A volunteer met with Carolina a couple of days later and ordered a birth certificate for her; after it arrived, she drove Carolina to the DMV. Carolina got her legal photo ID (paid for by STV), started her new job, and continues happily raising her two adorable little boys.

Kent and Carolina are but two of Arlington and Falls Church citizens who, for various reasons, don’t have government-issued photo IDs. Many cannot vote because of a prior felony conviction (voting rights can be restored but must be applied for); others just don’t have a photo ID due to circumstances like a lost birth certificate.

Without a government-issued ID, many also face barriers to housing, employment, and healthcare; they can’t cash a check or open a bank account. They need an ID for life. That’s where the trained volunteers from Spread the Vote can provide encouragement and experience to frustrated clients.

Spread the Vote/Project ID is a non-profit, non-partisan organization that aims to remedy these situations. It is staffed largely by volunteers who are working in communities throughout Virginia and in many other states. What do these states have in common? They all require voters to have photo IDs in order to vote. It’s estimated that 21 million Americans do not have government-issued photo IDs, though they are legally entitled to them.

Isn’t it easy to get an ID? That’s what I thought. How wrong I was! Many don’t have the money to pay for their IDs or the required documents such as birth certificates. Some have lost their documents when they slept under a bridge on a rainy night; others had their backpacks stolen as they napped on the Metro. Many have gone to the DMV to try and get an ID, but were turned away and gave up. Frustrating. Not easy at all.

Spread the Vote/Project ID volunteers have donated hundreds of hours to help our Virginia neighbors. This involves spending up to 6 hours meeting with each client, driving them to the DMV and SSA, and following up with agencies. Nationwide, Spread the Vote has obtained nearly 5,000 legal photo IDs. That includes IDs for over 1,000 Virginians, plus around 250 birth certificates. Spread the Vote/Project ID pays the cost of obtaining IDs and necessary supporting documents. The average cost of getting a valid photo ID is $40. (Non-citizens with visas and green cards can also get IDs.)

These volunteers are changing lives, one ID, one voter, at a time. It is extremely time-consuming, but truly gratifying work! Find out more at our website, or email [email protected]

*Names have been changed to protect individuals’ identity.

Chris DeRosa is a longtime Arlingtonian and is the leader of the Arlington/Falls Church chapter of Spread the Vote/Project ID, a nonprofit, non-partisan organization.