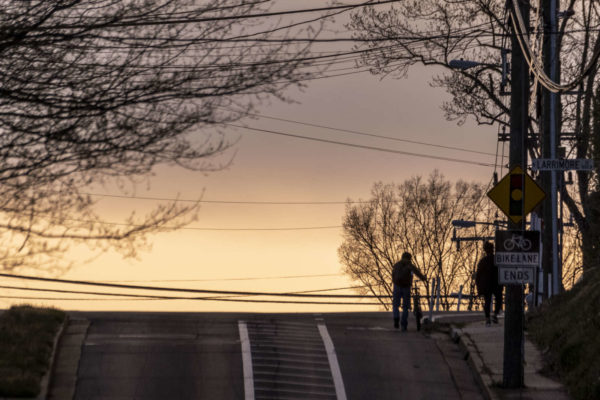 Reminder: Tap Water Change Today — “The District of Columbia, Arlington County and northeastern Fairfax County will clean out their tap water network starting Monday — a safe, annual process. Service continues uninterrupted during the process, which runs from March 30 through May 4. During that time, drinking water in the may taste slightly different. But the purification process remains unchanged and the water is essentially unchanged.” [ARLnow]

Jail Takes Extra Precautions — “We have created a unit that is strictly for all new individuals that are committed to the jail. These individuals are ‘quarantined’ from the rest of the population for an initial 14 days and checked daily by our Medical Staff. With the Detention Center population being low, we were able to move inmates around, creating the safest environment for those individuals that have been remanded to our custody and for new individuals entering the facility.” [Arlington County]

Human Services from a Distance — “Arlington’s Department of Human Services (DHS) is taking steps to provide services that don’t require in-person visits in an effort to contribute to the community slowdown of the spread of COVID-19.” [Arlington County]

Post Editorial Assails Arlington Judges — “Parisa Dehghani-Tafti last fall ran for commonwealth’s attorney on a promise of criminal justice reform, and voters in Arlington County and Falls Church chose her — and that platform — over the longtime, tough-on-crime incumbent. Now her efforts to deliver on her promise of progressive justice have run into opposition from judges who have taken highly unusual — and some say inappropriate — steps to undermine her discretion as the jurisdiction’s top elected prosecutor.” [Washington Post]

New Cap Gets Arlington Orientation — “When trying to adjust to life in a new city, it can be nice to have a familiar face around to help you. That’s exactly what Brenden Dillon had after he was traded to the Capitals in Joel Ward… Dillon and Ward were teammates in San Jose for three seasons from 2015 to 2018. Dillon credited Ward for helping him get acclimated to Arlington, Va. and the Washington area.” [NBC Sports Washington]

Tree Advocates Worry About Fate of Big Oak — “In the latest in Arlington’s tree wars, homeowners at 5920 N. 35th St. joined with passionate volunteers from the Arlington Tree Action Group to sound alarms over the threat to a towering water oak outside their home of 28 years, which might soon be a tear-down… The owners believe it is Arlington’s tallest outside the national cemetery.” [Falls Church News-Press]