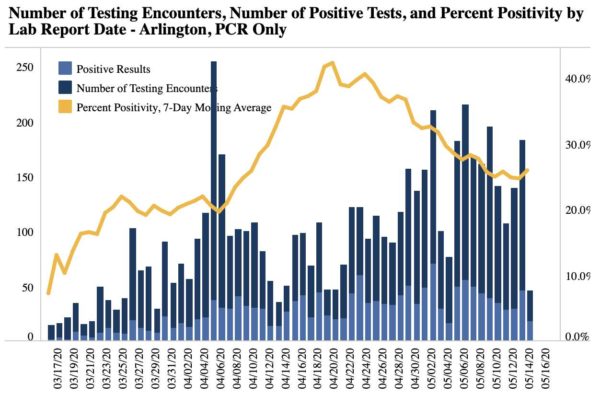 New data from the Virginia Dept. of Health suggests there is not nearly enough coronavirus testing being done in Arlington.

The state health department has added testing data, sortable by locality, to its COVID-19 information page. The data for Arlington shows that there are currently only around 150 virus tests being performed and reported per day, and an average positivity rate just above 25%.

While that’s in line with overall figures discussed by Gov. Ralph Northam earlier this week — about 25% positivity in Northern Virginia compared to 10% for the rest of the state — it’s well above the 10% positivity rate that the World Health Organization recommends as an indication of adequate testing.

The VDH data only includes PCR tests reported by labs and excludes serology tests and, presumably, less sensitive tests on point-of-care machines like the Abbott Labs device used by the White House.

The lack of testing is a hindrance to hopes for a safe, phased reopening of Arlington and the rest of Northern Virginia. While the rest of the Commonwealth starts to reopen today, Gov. Ralph Northam is — for now — giving Northern Virginia and some other localities until Friday, May 29. Arlington County officials have said it’s too soon to safely reopen here.

Unless the testing rate increases, labs will be testing less than 2% of the Arlington population each month, despite efforts like the new walk-up testing site along Columbia Pike. County officials have said that increased testing is one of the five conditions that should be met in order for Arlington to start reopening. 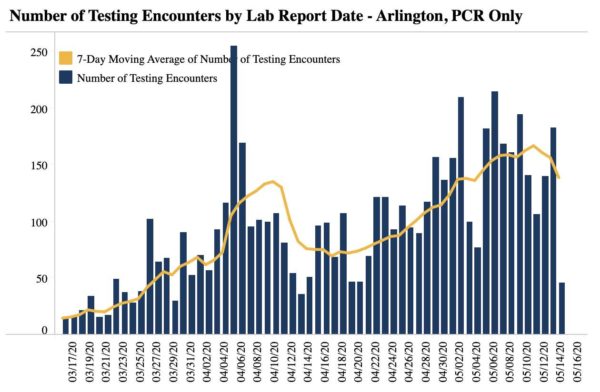 The state health department, meanwhile, reported 35 new COVID-19 cases in Arlington overnight, bringing the county’s total known cases to 1,534. One additional death and only one new hospitalization were reported, bringing those totals to 71 and 306 respectively. 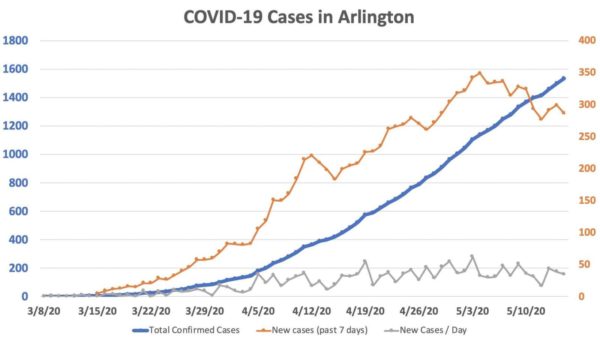