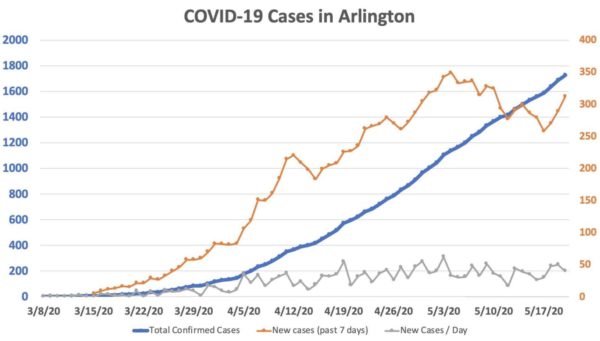 After two weeks of decline in the average rate of new coronavirus cases, Arlington is seeing a bit of an upswing.

The seven-day trailing average of new cases has increased each of the past three days, despite the seven-day average of tests performed remaining relatively steady, just above 150 per day. That’s according to new data from the Virginia Dept. of Health.

There are at least two positive figures from today’s VDH data: the seven-day average test positivity rate has fallen to 22.3%, down from around 25% a week ago, and the average hospitalization rate in Arlington has continued to go down. 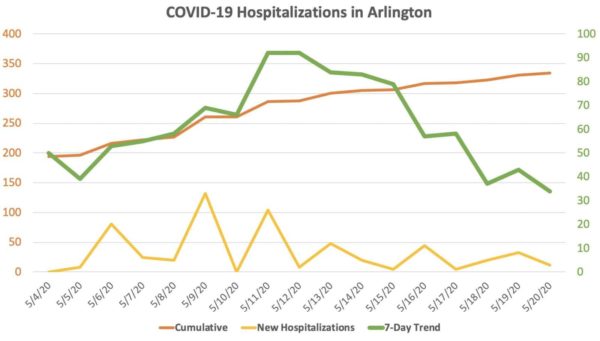 Curiously, VDH’s testing data shows a decline in the number of positive PCR tests — the kind typically performed by a nasal swab and sent to a lab — over the past few days, in contrast to the aforementioned data on new cases in Arlington. 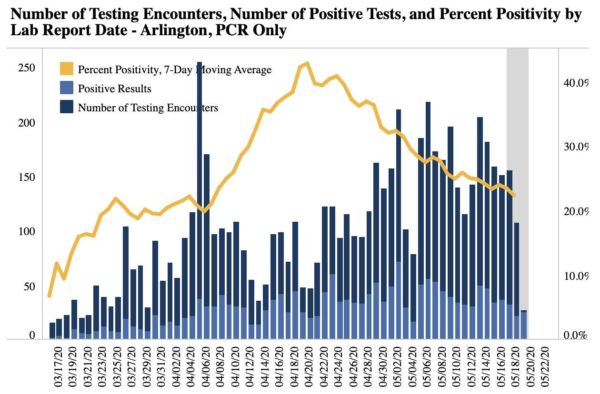