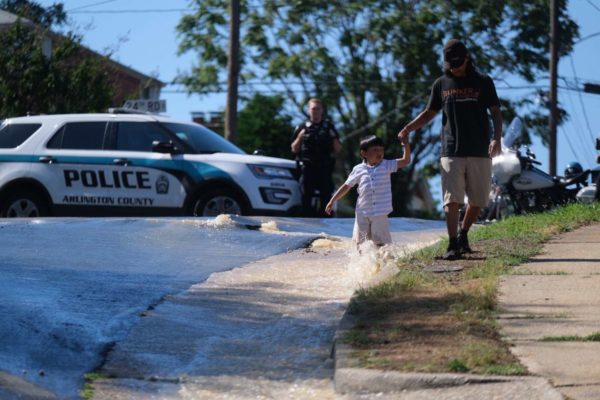 Utility Pole Catches Fire in Penrose — “100 blk S Wise St, Power pole fire. Area structures may experience power disruptions as the power company addresses the issue. Initial fire crews had to wait for ⁦@DominionEnergy⁩ to arrive to take down power, after which they could extinguish the fire.” [@ArlingtonVaFD/Twitter]

Robbery from Clarendon 7-Eleven — ” At approximately 4:46 a.m. on June 7, police were dispatched to the report of an armed robbery. Upon arrival, it was determined that the suspect entered a business, approached the counter and stole a jar containing an undisclosed amount of cash. The suspect attempted to flee, however, the victim ran after him and the suspect produced a knife and hammer and struck the victim. During the altercation, the jar fell and shattered. The suspect fled in a green Nissan pick-up truck.” [Arlington County]

Library Material for Confronting Racism — “We have compiled a list of books, movies, podcasts, articles, and organizations where you can learn more about structural racism in the United States, how to engage with and act against anti-black racism, and what you can do to eradicate systematic racism and fight for justice in your community.” [Arlington Public Library]

Local Mail Carrier Dies from Coronavirus — ” An Arlington community is mourning the loss of its beloved mailman who died over the weekend from COVID-19 complications. Jesus Collazos suffered a stroke about a month ago that was caused by the coronavirus. Collazos was 67-years-old and and was most looking forward to being a grandfather to his three grandchildren.” [WDVM]

Evictions in Va. Temporarily Halted — “The state’s Supreme Court issued the ban Monday following a request from Gov. Ralph Northam. It extends previous orders that had put a hold on evictions, but expired last month. Under the new rule, even renters who have been threatened with eviction but have not been served a formal notice cannot be legally removed from their homes until June 28 at the earliest.” [DCist]