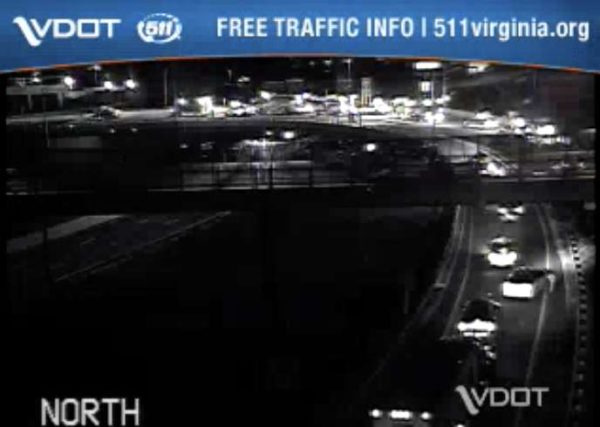 (Updated at 2:55 p.m.) A North Carolina man was killed in a crash in the Shirlington area late last night.

The single-vehicle crash happened on the Shirlington Circle ramp above I-395, just before midnight, and drew a large emergency response. Virginia State Police say a 55-year-old man died from injuries sustained in the crash, and a female passenger was taken to a local trauma center with non-life-threatening injuries.

“At 11:48 p.m. Sunday night, Virginia State Police Trooper M.I. Campbell responded to a single-vehicle crash in Arlington County,” VSP said in a statement Monday afternoon. “A Lexus sedan struck a jersey wall on the Shirlington Circle ramp to the northbound I-395 Express Lanes. The 55-year-old male driver from North Carolina was transported to Inova Alexandria Hospital where he succumbed to his injuries.”

The crash remains under investigation, a state police spokeswoman said.

VDOT is planning safety improvements to the Shirlington Circle interchange.