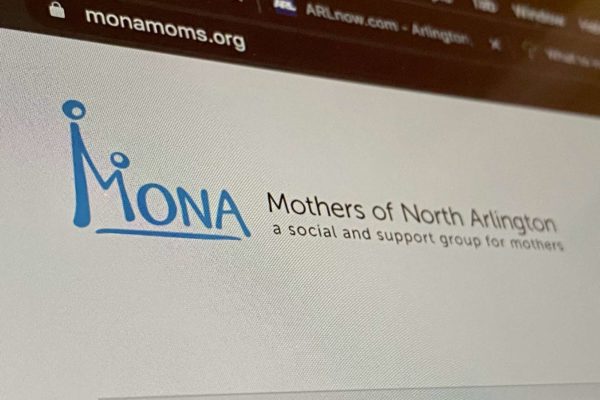 (Updated at 10:40 a.m.) Arlington’s recent wave of activism now includes conflicts and changes at the nonprofit Mothers of North Arlington (MONA), including a discussion of expanding the group into South Arlington.

MONA is a nonprofit group for mothers and families across six ZIP codes, with more than 2,700 members. Since its inception, the group has promoted educational initiatives and events for both members and the general public to attend but has also seen its share of dissenters and critics.

In light of the national conversations around police brutality and systemic racism, one such critic is making the argument that MONA isn’t doing enough, starting with its exclusivity to North Arlington ZIP codes.

In early June, former MONA member Cynthia Smith posted to the group’s Facebook page about its silence on the topic of George Floyd’s murder, suggesting adding social justice organizations to MONA’s charity listings. The post was initially removed, though later restored, and Smith has since left MONA and called for the group to broaden its membership criteria to include South Arlington.

“Someone can’t just start a Mothers of South Arlington, it would take years by moms who are also likely working and raising kids,” Smith said in an email. “And the ‘separate but equal’ argument we all know is unsound. Route 50 has been a historic dividing line between whites and blacks, the haves and have-nots. MONA’s continued use of this dividing line is just a symbol of its desire to self-segregate.

(There is an existing group serving South Arlington: MOMS Club of Arlington – South.)

In defense of the group, Smith acknowledged how the MONA online forums can also be a valuable community resource, or a “bat signal,” for everything from school registration to tough, personal problems.

“There are so many different types of moms [in the group] but what is beautiful about MONA is that it acknowledges we all need help,” Smith said. “I think it owes it to itself and all of Arlington to come out of its bubble and welcome South Arlington moms into its fold.”

In response to Smith’s comments, MONA is making an effort to circulate ideas on how the group can facilitate actions to combat system racism.

On June 3, MONA President Mrinal Oberoi sent out an email to the group, writing:

In my previous President’s message, I failed to acknowledge the current racial injustice issues affecting our community. For that, I am sorry. Some of you may have taken that silence to be a message from MONA about where we stand. Let me be clear: MONA denounces racism and welcomes open discussions and sharing resources to raise our families in this light. Racism is an important, pervasive issue that deserves thoughtful, constructive discussion and action.

In her message, Oberoi, who herself is a person of color, asked for those who have felt unsafe or discriminated against in the group to reach out. In addition, she reminded the members of the forum posting guidelines and attached a link to a Google document to facilitate ideas of how the group can improve.

Some of the submissions in the document include:

According to the document, the idea of MONA expanding membership to South Arlington is in discussion and “will be spearheaded by the new board.” One challenge of doing so is that a larger group would be even harder for its volunteer administrators to manage.

“The MONA Executive Board has discussed geographic expansion,” Oberoi said in an email to ARLnow. “The MONA Board and volunteers are currently in a state of transition as the fiscal year ends at the end of the month and there will be a change of Board in the next two weeks. These proposals will be reviewed by the new Board, which will take over July 1, 2020.”