(Updated at 7:15 p.m.) A teenage boy was struck by a speeding driver this morning on a residential street in Ashton Heights, near Virginia Square.

The hit-and-run happened just before 11:45 a.m. on the 600 block of N. Kenmore Street and was caught on a neighbor’s home surveillance video system. Miraculously, the teen escaped with only minor injuries.

The video, provided to ARLnow by the victim’s mother in the hopes of helping to identify the driver, starts with the sound of squealing tires. A four-door Chevy sedan can then be seen speeding down the street, followed by the 17-year-old victim tumbling down the roadway after being struck.

The teen was crossing the street when he was struck, according to his mother. The driver did not stop and fled the scene.

The boy — a Washington-Liberty High School student — suffered lacerations and road rash and “is in a lot of pain,” but was not seriously injured, we’re told. He was unable to spot the license plate number.

An Arlington County Police Department spokeswoman echoed the mother’s account of what happened and said the crash is under investigation.

“The driver of the striking vehicle failed to stop at the scene of the crash and fled traveling south on Kenmore Street,” said Ashley Savage. “The pedestrian was transported to Virginia Hospital Center with non-life threatening injuries. The striking vehicle is described as a white sedan. The investigation is ongoing.”

The incident comes a day after a woman was struck and killed by a driver while crossing the street in Pentagon City.

Anyone with information about the incident can call the Arlington County non-emergency line at 703-558-2222 or can provide an anonymous tip to the police department by calling 1-866-411-TIPS (8477). 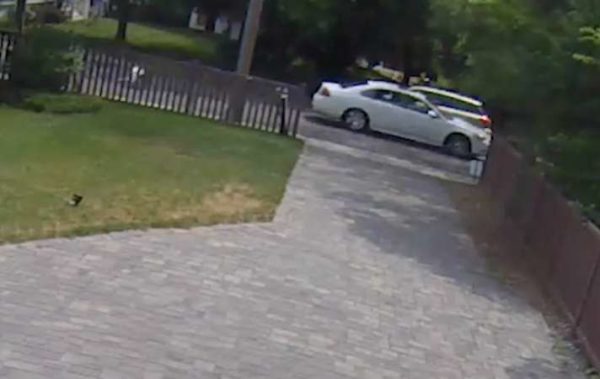