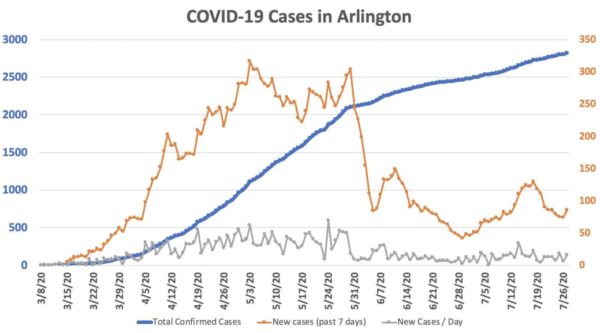 (Updated at 10:55 a.m.) Arlington is averaging just over a dozen new coronavirus cases per day over the past week, a relatively low number, but one set against the backdrop of rising cases in other parts of the state.

Encouragingly, no new COVID-related deaths have been reported in Arlington over the past week and only one new hospitalization has been reported over the same time period. 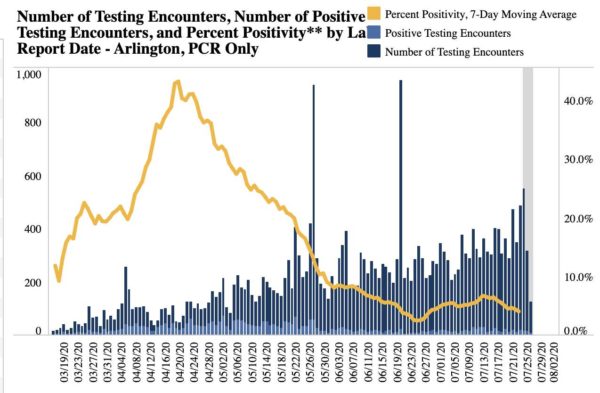 A University of Virginia model published last week included Arlington among jurisdictions — about a third of health districts in the Commonwealth — with a surge in COVID-19 cases. That model, however, appears to have been based on data from when new cases were still on the rise in the county.

The latest numbers show that Arlington still has community spread, but the epidemic is being held in check at the moment. That is also largely the case for Northern Virginia as a whole, with new daily cases remaining relatively steady — minus a spike in cases reported today. 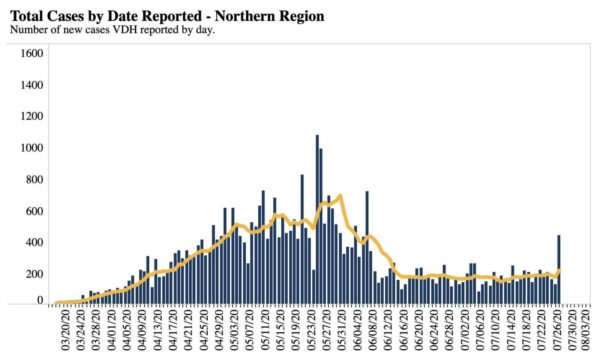 Outside of Northern Virginia, however, the state has a rising epidemic, with new cases continuing to climb. That prompted a warning from Gov. Ralph Northam over the weekend.

“We will be watching the public health data closely over the weekend — if the numbers don’t come down, we may have to take additional steps to blunt the spread of this virus,” Northam said Saturday, as quoted by InsideNova.

Statewide, 1,505 new cases were reported overnight — the highest daily total since May 26 and Virginia’s second highest one-day spike since the start of the pandemic. 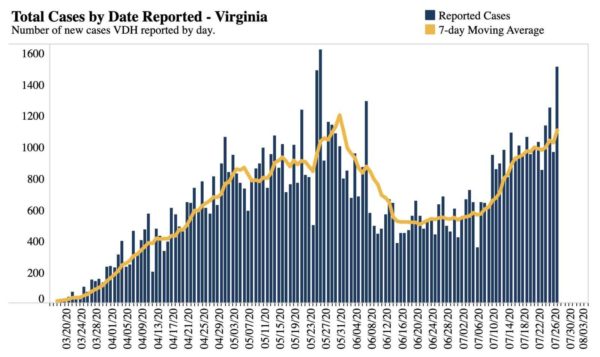