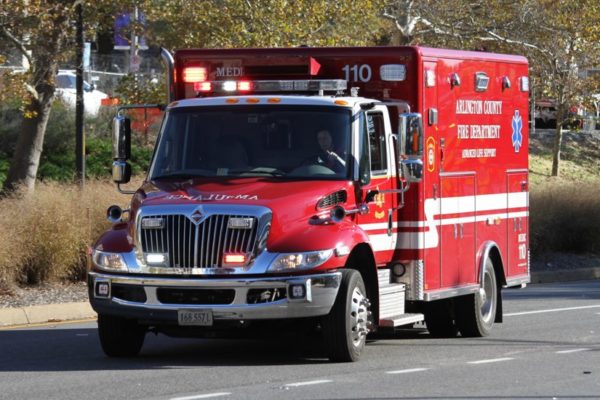 Arlington County police are again sounding the alarm about opioid abuse and its dangers.

In a press release, ACPD says that it is seeing a new “spike” in drug overdose deaths.

“In the month of August, the Arlington County Police Department has investigated five deaths as possible drug-related overdoses,” the department said in a press release today. “Based on the preliminary investigations, police suspect the deaths are linked to heroin and prescription painkillers mixed with fentanyl. Due to the severity of this spike, members of the public who may be affected by addiction or opioid use are urged to take steps to protect themselves and others through available resources in Arlington.”

As ARLnow reported earlier this month, two people died of suspected overdoses in the Buckingham neighborhood on Aug. 2. Prior to that, Arlington had recorded 10 opioid overdose deaths in 2020, four more than in all of 2019.

On July 23, ACPD said its officers had saved nine people from overdoses so far this year via use of Nasal Naloxone — also known as Narcan.

Advice on recognizing, responding to and preventing overdoses, from today’s press release:

Signs of an Overdose

This is a dangerous and potentially life-threatening situation. If you observe someone experiencing the following overdose symptoms, call 9-1-1 immediately:

Arlington County first responders carry Nasal Naloxone (also known as Narcan®), a safe and effective medication that can reverse an overdose from prescription painkillers or heroin. Narcan is available over the counter without a prescription. Arlingtonians can request free Narcan and REVIVE (Narcan) training by emailing the Department of Human Services.

If you or someone you know is struggling with addiction, there are numerous treatment resources available in Arlington and through the Department of Human Services. Assistance is also available through Operation Safe Station, a designated safe environment where individuals wishing to seek help with their drug use can self-report and receive services, without fear of prosecution and incarceration. Community members are also encouraged to prevent medication misuse or overdose by safely disposing of unused, unwanted or expired prescription medication in one of Arlington’s four permanent drug take-back boxes or by requesting a free deactivation bag.