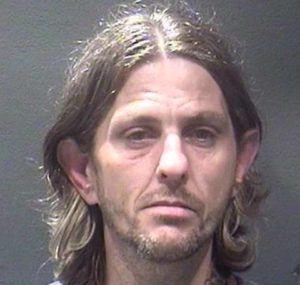 A 40-year-old Arlington man is accused of a sex offense after police say he touched a girl inappropriately in the Arlington Heights neighborhood late last year.

The incident happened around 5 p.m. on Dec. 10, 2019. Police say the girl and two other juveniles were walking down the 300 block of S. Irving Street, near Thomas Jefferson Middle School, when the suspect approached the group and grabbed the girl from behind.

At approximately 5:12 p.m. on December 10, 2019, police were dispatched to the 300 block of S. Irving Street for the report of an assault that just occurred. Upon arrival, it was determined that three juveniles were walking in the area when the suspect allegedly began to follow them. The suspect then approached the female victim from behind, grabbed her buttocks and placed his hands around her, pulling towards him. The victim pushed the suspect away and yelled for help. The suspect fled the scene on foot prior to police arrival and a canvas of the area returned with negative results.

Detectives assigned to the Special Victims Unit began a thorough investigation into the incident. A review of witness interviews, tips from the public and crime scene evidence led detectives to identify Mr. Resh as a suspect. He was taken into custody without incident in the 3300 block of Wilson Boulevard on the evening of August 13, 2020.

This remains an active criminal investigation. Anyone who has additional information related to this investigation or may have had past inappropriate encounters with this suspect is asked to contact Detective S. Gomez at 703-228-4173 or [email protected] Information may also be provided anonymously through the Arlington County Crime Solvers hotline at 1-866-411-TIPS (8477).

END_OF_DOCUMENT_TOKEN_TO_BE_REPLACED

More Stories
Making Room: Who Gets to Be a Family?TRAFFIC ALERT: S. Glebe Road Blocked Due to Gas Leak