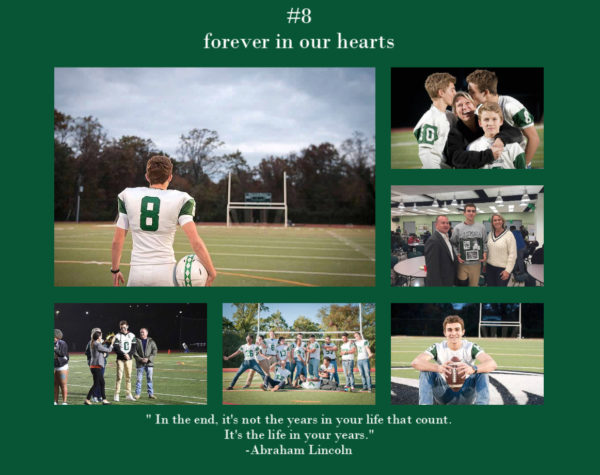 Colton Poythress, a 2018 Wakefield High School graduate and former varsity quarterback, died on last week at the age of 20.

Poythress led the school’s football team to its first district championship in 40 years during his senior season, according to the Wakefield Chieftain student newspaper. He was also a pitcher for the varsity baseball team and helped to end a 20-season losing streak to Marshall High School in 2017.

Poythress wrote for the Chieftain for all four years of high school.

Cason Poythress, one of Colton’s three siblings and Wakefield’s graduating varsity quarterback, wrote “You’ve been my best friend for my entire life. You take care of everybody up there and I got everyone down here. I miss you more than anything right now but I know I have to stay strong to make you proud.”

Hey Colt, we were supposed to go to school and play football together this week. I’m sorry you didn’t get the chance to get on the field again, but just know every time I step on that field it’s for you. You’ve been my best friend for my entire life. You take care of everybody up there and I got everyone down here . I miss you more than anything right now but I know I have to stay strong to make you proud. You’re in a better place now and I can’t wait to see you again. I love you Colton. ❤️

Messages were also shared on Wakefield-related Twitter accounts such as the athletic department, the boys soccer team and the lacrosse team’s head coach.

Wakefield Warriors live forever. Hug a Warrior and tell them you love them every chance you get. If anyone needs someone to talk to @WakeCounselors are hear for you. https://t.co/DPHsu7nwWQ

The Poythress family held a celebration of Colton’s life on Sunday in Crystal City.

This is the second publicly-announced death of a local student last week. A Washington-Liberty student died suddenly of heart failure on Aug. 10.