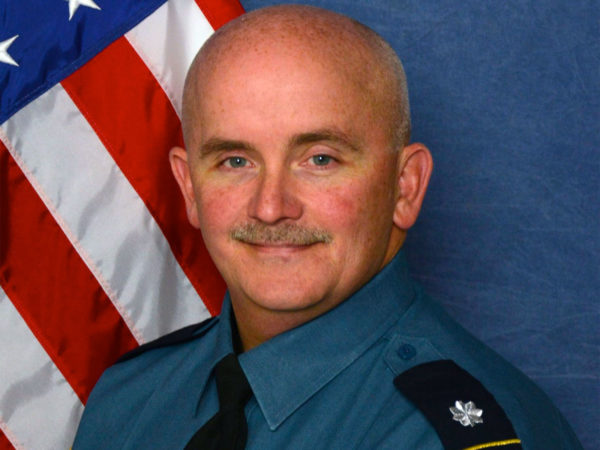 Andy Penn, a well-liked veteran of the Arlington County Police Department, will serve as acting chief after the retirement of Chief M. Jay Farr next month.

Penn, who started as an ACPD patrol officer in 1992 and has served as deputy chief since July 2015, will temporarily assume the top job on Saturday, Sept. 5. The department has launched a national search to find Farr’s permanent successor.

Charles “Andy” Penn will become Acting Chief of the Arlington County Police Department (ACPD) on Sept. 5, taking over from Police Chief Murray “Jay” Farr, who is retiring after 30 years of service in the Police Department.

Penn has served as Deputy Chief of Police since July 2015. He is a 28-year veteran of the Arlington County Police Department, beginning his career as a patrol officer in 1992. Penn currently serves as the commander of the Operations Division, overseeing the daily operations of two Patrol Sections, Community Resource Section, Tactical Operations Section, Operation Support Section and the Special Operations Section. See full bio.

“Deputy Chief Penn’s experience and professionalism will help lead our Police Department during this transitional period,” said County Manager Mark Schwartz. “He has helped to build our well-respected Police Department, and his deep knowledge of the community will be immensely important in this role.”

“I am extremely grateful for this opportunity to continue serving the Arlington community as Acting Chief of Police,” said Deputy Chief Penn. “I thank Chief Farr for his exceptional and steadfast leadership to the dedicated men and women of the Arlington County Police Department over the last five years.”

The County Manager also is launching a national recruitment effort for a new Chief of Police this fall. The recruitment process also will include several opportunities for community input beginning in October. There will be no decision on final candidates until sometime after the work of the newly formed Police Practice Group is completed in December.