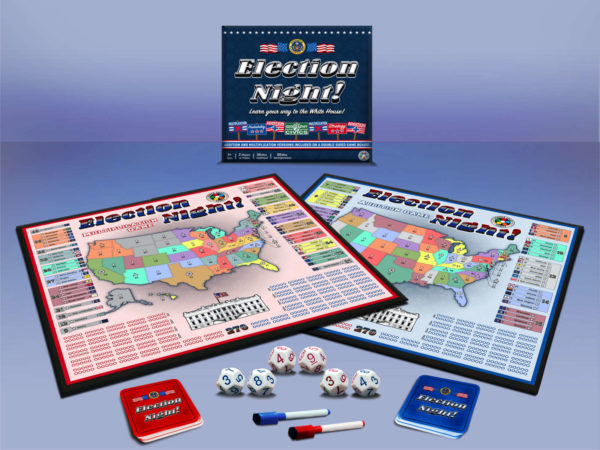 With a mission to create educational, yet fun games, Arlington-based Semper Smart Games has a hit on its hands: a board game called Election Night!

Jim Moran, the creator of Semper Smart Games, is a retired Coast Guard officer and SAT and ACT tutor (no, he’s not the former local Congressman of the same name). Moran turned his passion for helping students learn math into games.

Election Night! was created to give students a better geographical, mathematical and mechanical understanding of the Electoral College. The game, launched as a result of a successful Kickstarter campaign, has recently seen its sales ranking rise on Amazon, as the presidential election nears.

The company has even attracted the attention of Shark Tank star and FUBU founder Daymond John, who recently interviewed Moran live on Instagram.

Moran told John that the game was made for “age groups eight and nine, but college students are loving it.”

Thanks Daymond John for the great interview! Other than my phone cutting out and then messing up the amount of Electoral Votes California has (If you play the game you will know why I said 48 instead of 55!) you can see the whole interview @thesharkdaymond in his IGTV https://www.instagram.com/p/CEmnF2FHL-l/

Election Night! and Moran’s other games — including PlaySmart Dice and Blobby’s Pizza, his newest — can be purchased on the company’s website.