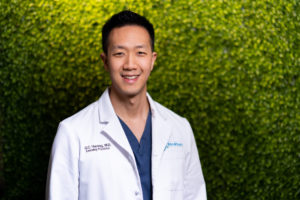 “A vaccine that nobody wants to take is not very useful.”

If there were a safe and effective vaccine against COVID, why wouldn’t people take it? After all, the virus has claimed 200,000 American lives, shut down schools and businesses and affected almost every aspect of our lives. The fact that scientists have been able to develop vaccine candidates in mere months after sequencing SARS-CoV-2’s genetic code is nothing short of a medical marvel. However, our country’s hyper-polarizing climate has thrust the rapid vaccine progress into the political ring, resulting in rising public distrust.

There’s a reason progress on the vaccine has been so fast. The Trump administration implemented “Operation Warp Speed” (OWS) five months ago, which aims to produce 300 million doses of vaccines by January 2021 with an approved budget of $10 billion.

So far, OWS results seem promising. There are nine vaccines in phase 3 trials, the final phase before submitting for FDA approval. For details on how clinical trial phases work click here. Frontrunners include Moderna and Pfizer, which use inactivated coronavirus fragments to induce an immune response, and AstraZeneca, which uses an adenovirus to carry coronavirus genes into cells, provoking an immune response.

Even with promising results, the public remains nervous. A new Kaiser Family Foundation (KFF) poll showed 62% expressing concern that political pressure from Trump would force the FDA to approve a vaccine without ensuring safety and efficacy. Less than half (46%) would get vaccinated if a vaccine were approved by the FDA before the election. Another poll from STAT echoed the KFF poll, with 78% worried that vaccine approval is driven by politics more than science.

The integrity of the FDA has been put in question, catching the ire of administration, scientists and the American public. On one hand, Trump has claimed an FDA ‘deep state’ that is committed to thwart his reelection by delaying a vaccine until after the election. On the other hand, scientists and the public are increasingly skeptical of the FDA, as the agency pushed out Emergency Use Authorization (EUA) for hydroxychloroquine after Trump touted it. The EUA was later rescinded.

More recently, the day after Trump called convalescent plasma a “medical breakthrough” the FDA gave plasma an EUA. It was promptly pointed out that misleading statistics overdramatized plasma’s benefit and the statement was later rescinded… via Twitter.

The mounting criticism of the FDA being controlled by the White House reached such a fever pitch that last week, in an opinion column in USA Today, eight career scientist at the FDA made a pledge that their work would continue unimpeded and independent of political influence. They stated “if the agency’s credibility is lost because of real or perceived interference, people will not rely on the agency’s safety warnings” and later adding “We and our career staff do the best by public health when we are the decision makers, arriving at those decisions based on our unbiased evaluation of the scientific evidence.”

Big Pharma is far from exempt. Many scientists say these vaccine makers need to be more transparent about how vaccine trials are run and reporting adverse events. In normal circumstances, drug companies hold clinical trial results precious in order to guard intellectual property and maintain competitive advantage. However, critics say that American taxpayers are entitled to know the details since the federal government has spent nearly $10 billion as part of OWS.

The most recent example of transparency (or perhaps lack thereof) is the incidence of a rare but lethal spinal inflammatory disorder called transverse myelitis in AstraZeneca’s Phase 3 trial, which immediately halted the trial. Trial shutdowns are common, and perhaps this instance demonstrates that drug companies are willing to slow down warp speed for the sake of patient safety. However, many are upset is that the shutdown was announced in a closed private meeting with investors and was actually leaked by STAT News.

The drug companies know that gaining public trust will lead to more vaccinations. In fact, in an unprecedented move amongst competitors, nine pharmaceutical companies including all the heavyweights pledged to “stand with science” by promising to submit for EUA only after ensuring safety and efficacy. Of course, these are things we already expect from a drug company. Even more so from the FDA.

All these factors make it challenging to “follow the science.” I believe in vaccines, but for me (i.e., this is not a medical recommendation but a personal choice), I think I will wait several months and continue to be vigilant with masks, hand-washing and distancing. These trials typically take years (the quickest vaccine developed in history took 5 years) to demonstrate safety and I’m uncertain how efficacious the vaccine will be since antibody tests, one of the measures showing if a vaccine works, are not where they need to be.

I’m also concerned about logistical compliance of the vaccine, since it is two parts and the second dose is time-dependent–what if people don’t get the second dose or they take it too late? I also think that more time and money should be put towards a COVID countermeasure. As it stands, only a small fraction of the $10 billion is going towards therapeutics. Many lives could be saved if we had a Tamiflu equivalent for treating COVID.

So back to the starting quote “A vaccine that nobody wants to take is not very useful”, which was from AstraZeneca CEO Pascal Soriot. Increased scientific knowledge, transparency on all sides and less scientific missteps with political leanings are key to gaining my trust in taking the vaccine.

Inside information on Arlington’s COVID vaccine plan is hard to find, but I do know that plans are in motion to prepare for imminent distribution. While this article is pertinent to all Americans, it will be interesting to hear what Arlingtonians think regarding the vaccine.