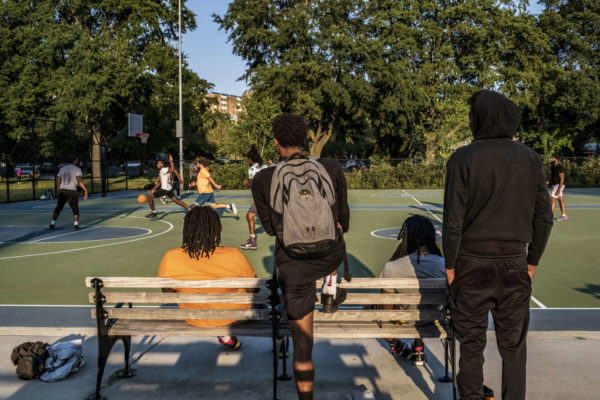 It’s October — And just like that, September is over and October has started. October has been deemed Affordable Housing Month in Arlington County.

Cool Month on Tap? — “After a fast shift to autumn in September, we anticipate the coolest October since 2015 along with a healthy dose of rainfall. Our forecast is for Washington’s average October temperature to fall within 2 degrees of normal. Remarkably, the past four Octobers have each been at least 3 degrees above normal.” [Capital Weather Gang]

Local Hotels Still Hurting — “Arlington’s hotel-occupancy rate in July was just 24 percent, with the year-to-date rate of 35 percent less than half the 76.7-percent rate recorded during the same seven-month period in 2019… For the January-to-July period, the average room rate for Arlington lodging establishments was $141.55, down nearly 18 percent from the $172.16 recorded during the same period in 2019.” [InsideNova]

Riders Steal Rideshare Driver’s Ride — “The victim was operating as a rideshare driver when he became engaged in a verbal dispute with the three passengers in his vehicle. As he stopped his vehicle to end the trip, the passengers assaulted the victim, then pulled him from the car and continued to assault him. The suspects then re-entered the vehicle, stole it, and fled prior to police arrival. Officers canvasing the area later located the vehicle nearby.” [ACPD]

Debate Watch Party in Shirlington — “Most voters who showed up to the watch party at Busboys and Poets in Shirlington neighborhood of Arlington, Virginia,  said they had made up their minds before the debate — and left feeling frustrated at what they saw.” [WUSA 9]

Regional Coronavirus Cases Down — “The number of new corona­virus infections this week has fallen to levels last seen in mid-July across the Washington region, although leaders and health officials worry that the return of colder weather could reverse the trend.” [Washington Post]