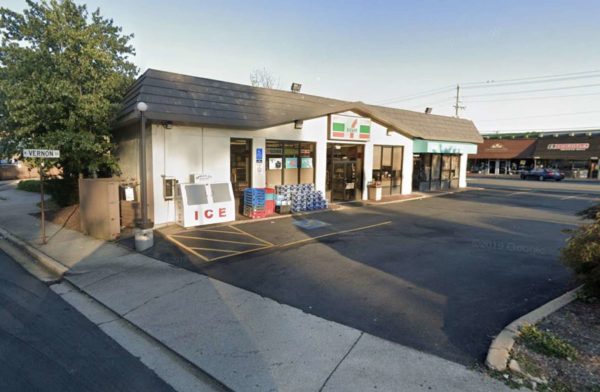 A pair of men, each armed with a knife, held up the 7-Eleven store on the 4500 block of Lee Highway last night.

Police were dispatched to the store just after 11:15 p.m. Sunday after the suspects pointed knives at the store clerk and stole cash and cigarettes, according to a police crime report and scanner traffic at the time.

Both suspects wore masks and dark clothing. They fled the scene by vehicle. No injuries were reported.

ROBBERY, 2020-10040207, 4500 block of Lee Highway. At approximately 11:20 p.m. on October 4, police were dispatched to the report of an armed robbery. Upon arrival, it was determined that two suspects entered a business and approached an employee at the counter. Suspect One pointed a knife at him, and told him to open the cash register, then began to take money from it. Suspect Two brandished a knife, then took money from the second register. As the suspects exited the business, they stole boxes of merchandise from behind the counter. The suspects then fled in a vehicle prior to police arrival. Suspect One is described as a Black male, medium build, 5’9″-6’0″ wearing black pants, a black and brown parka with the hood up, a mask, and white shoes. Suspect Two is described as a Black male, wearing gray sweatpants, a black hoodie with the hood up, black shoes, and a green balaclava. The investigation is ongoing.