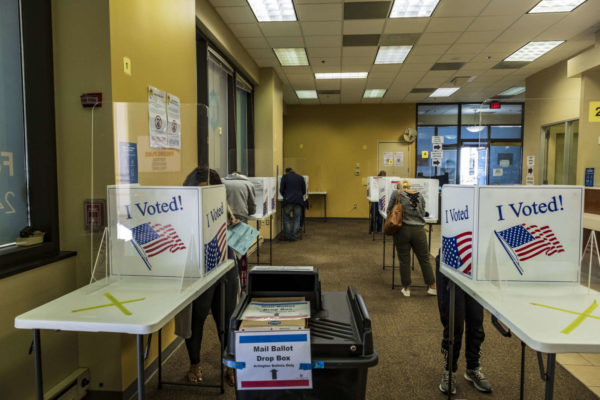 The Aurora Hills, Langston-Brown, Madison and Walter Reed community centers will all be open for early voting, starting at 9 a.m. Saturday. The voting hours at the community centers are 9 a.m.-5 p.m. on Saturdays and 2-7 p.m. Monday through Friday.

Early voting at the four new locations is in addition to the already-open Courthouse Plaza location, in the former Wells Fargo bank branch at 2200 Clarendon Blvd.

Tomorrow’s kick-off of expanded early voting will draw a number of lawmakers to the area for “get out the early vote” campaign stops.