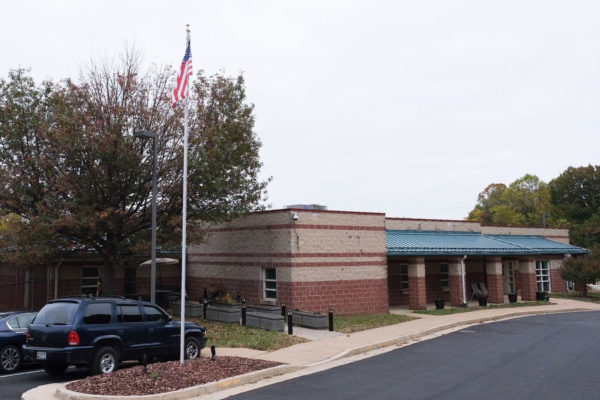 A study by a criminal justice consulting firm recommends that Arlington, Alexandria and Falls Church keep the Northern Virginia Detention Center, but with some changes.

Over the last decade, detention rates have decreased at the facility, located at 200 S. Whiting Street in Alexandria. It has 70 beds but on any given day houses 20 to 25 youth detainees — from age 11 to 18 — who have committed anything from parole violations to felony offenses.

Recently, officials have been weighing the future of the center, which is falling apart and costly to run. During a joint work session with representatives from Arlington and Alexandria on Monday, D.C.-based criminal justice consulting firm The Moss Group recommended keeping the center, but making it more efficient by moving more programs to the facility and eliminating some staff.

“It is a complex, aging facility, but it is available for other options when you’re thinking about the future of the compound,” said Reginald Wilkinson, the senior advisor for The Moss Group. 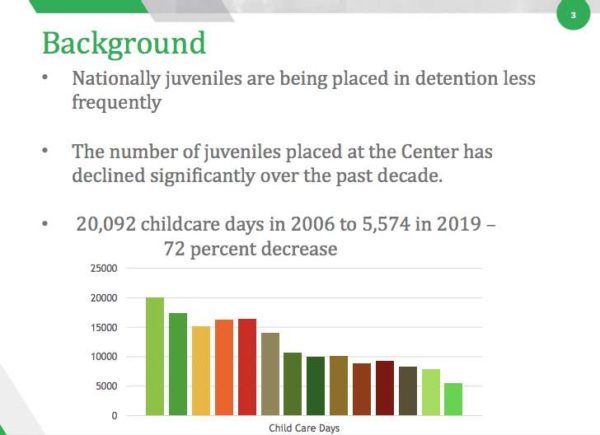 In an email, Arlington County said keeping the center open — as opposed to transferring detainees to a facility elsewhere — would “ensure juveniles remain close to their home communities and services.”

The report recommended placing mental-health treatment, substance-abuse services, youth mentoring and specialized placement programs in underused spaces in the facility, which would help make it more financially feasible to maintain.

It also suggested redesigning the facility to accommodate the new services and create a “home-like” feeling.

Cutting some staff and making the program changes could save nearly $600,000 annually, The Moss Group found. That would mean a savings of about $300,000 from Arlington’s current $1.8 million annual commitment.

NVJDC is the second most expensive detention center among Virginia’s 24 facilities, and was allocated $5.8 million to run in Fiscal Year 2020. Of that, about $3.6 million came from localities and $2.2 million from state and federal funding.

A possible alternative would be moving kids to the Fairfax County detention center, but Justin Wilson, the mayor of Alexandria, said Fairfax likely will not take the teens. The mayor said Fairfax County Board of Supervisors Chair Jeff McKay told him “the door is not closed, but that the hill is steep.”

The right political movement could change that, Wilson added.

“I think there is some logic to working together again, given [extra] capacity” at the Fairfax County facility, he said. Fairfax County operated the NVJDC with Arlington and the cities of Alexandria and Falls Church before opening its own center in 1994.

The finding raised eyebrows among some political officials. Others asked about opportunities to eliminate juvenile detentions altogether.

“I think there might be a desire to move toward zero detention by closing down that facility,” Arlington County Board member Katie Cristol said. “Certainly I… am interested in pursuing that vision of zero youth detention.”

Arlington’s Director of Court Services Earl Conklin said that without a detention center a judge could still order detention but the youth would have no place to go.

The Moss Group told the municipalities to consider a formal relationship with the Annie E. Casey Foundation and participate in its Juvenile Detention Alternatives Initiative to reduce reliance on detention.

County Board Chair Libby Garvey applauded the decline in detention rates but said reforms are essential. About 57% kids in the system are Black, while 39% are white. In terms of ethnicity, just over 30% are identified as Hispanic.

“It is our young people of color who are most impacted by this detention facility,” she said. “We would like to do away with [this] disproportionality and continue to lower the number of people there, but there will always be a need for this facility or something like it, and that’s why we’re here.”

The study will be presented at a virtual community meeting on Thursday, Nov. 5 from 7-8:30 p.m. The meeting link will be available on the study webpage.