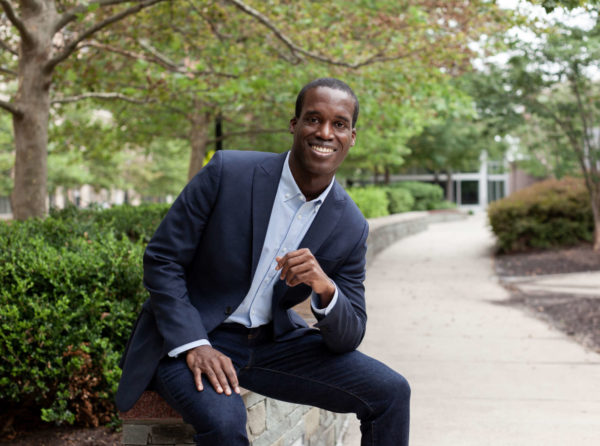 Arlington businessman Xavier Warren is basing his campaign for lieutenant governor of Virginia on a pledge to lead a statewide economic recovery while focusing on the job market.

Warren is a partner with Congressional Partners, a bipartisan organization that helps nonprofits and corporations secure federal grants. He also works as a sports agent and serves as a NFL Players Association contract advisor.

Warren announced his candidacy for lieutenant governor in September.

Additionally, Del. Sam Rasoul (Roanoke) filed paperwork Tuesday to allow him to start raising money for a potential lieutenant governor campaign, according to the Washington Post.

Each candidate is vying for the role that will be vacated by Lt. Gov. Justin Fairfax (D), who is running for governor.

Warren points to the state’s current economic condition as his primary reason for running. He specifically seeks to address the unemployment rate that has risen as a result of COVID-19.

“The reason why I am running is to focus on jobs, support small businesses and workers, and helping every Virginian have a job with a livable wage,” Warren said.

“COVID is literally hurting, and has killed, small businesses,” he told ARLnow. “Small businesses are closing on a weekly basis. And hundreds of thousands of people are out of work. Even truthfully speaking, people were hurting pre-COVID, living paycheck-to-paycheck, and now those people are extremely hurt.”

His understanding of the lieutenant governor job is as a “business position” that sets the basis for a platform focused on reviving the job market. If elected, Warren looks to advocate for job growth while working with boards such as the Virginia Economic Development Partnership, Virginia Tourism and Virginia Resiliency.

“What I plan to do is to be our spokesperson and really market Virginia for jobs to come in, to bring in high-wage jobs, new jobs, and that will also support small businesses,” Warren said. “When you put money into workers’ pockets, they then go spend it in retail, go spend it in restaurants, spend it at shopping centers.”

Warren lives in Arlington, but he grew up in Danville and attended Hampton University before earning a master’s degree from Georgetown University. With his experience living and working across the state, he acknowledges that each region of Virginia comes with its own unique challenges.

His plans for the position include tailoring the economic efforts for each region based on its specific needs, whether that’s improved health care, education, supporting public schools, or whatever each community may face.

“Obviously, at the state level, economic development is different across the board,” Warren said. “Every person in every region is unique. So it’s not a one-size-fits-all for everyone. You take in a personalized approach to helping get each region together to really uplift all Virginians.”

The action plan for Warren’s campaign is primarily job focused while empowering the people of the state and providing career pathways.

Through his role at Congressional Partners, Warren has undertaken measures to assist Virginians through the pandemic that align with his hopes for the state. Since March, he has helped secure funding for various groups that includes $3.9 million for student support services for low-income, first-generation students; $2.5 million for a substance abuse treatment and workforce development program; $1 million for telehealth equipment so physicians can reach patients; and $300,000 for recovery services for victims of domestic violence.

“I want to lead our economic recovery and helping to be able to support those small businesses that are still struggling to make it week-to-week, but also to be able to bring in jobs,” Warren said.

The slogan for his campaign is “Fresh Start,” and that is how he would approach the role.

He points to his experience of working his way up from retail jobs to starting and cultivating a business as something that helps him understand the needs of the state and its people.

“Having the experience of living and working in both rural and urban areas in Virginia, and being able to know what it’s like to be a restaurant server, work in retail, living paycheck-to-paycheck, student loan debt,” Warren said, “And to be able know what it’s like to be a small business owner, to live out and achieve your childhood dream, and be able to grow a successful business. That unique experience is what I’m bringing to the lieutenant governor position to be our Commonwealth spokesperson, to highlight why jobs should come to Virginia, to be the salesman for Virginia, to be able to support those folks in Fairfax County, Northern Virginia, Arlington County where I reside, and surrounding areas, and of course areas across the state as well.”

If elected, Warren, 32, stands to be the youngest lieutenant governor elected since 1970. Warren sees his youth as a positive item to his campaign and as an opportunity to be “a new generational leader.”

“You want to vote for me because on Day One, I’m focused on jobs, supporting small businesses, supporting workers,” Warren said.