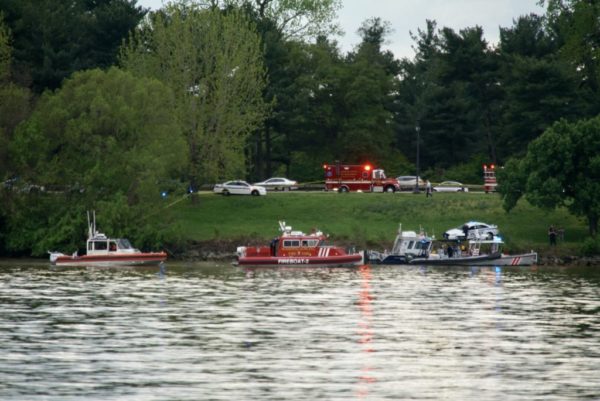 A 34-year-old D.C. man dubbed the “Beltway Bank Bandit” has pleaded guilty to charges connected to his use of a gun in three robberies, including one in Arlington.

Federal prosecutors say Freddie Lee McRae brandished a firearm when robbing a Wells Fargo branch and a Burke & Herbert branch, both in Alexandria, in late 2018. He also brandished a pistol on April 21, 2019, when he robbed the Legend Kicks and Apparel store on Columbia Pike in Arlington, prosecutors say.

McRae’s getaway vehicle was spotted by police after that robbery, leading to a chase on the GW Parkway that ended up with the car in the Potomac River and McRae unsuccessfully trying to swim to freedom.

“McRae pleaded guilty to three counts of brandishing a firearm during and in relation to a crime of violence,” the U.S. Attorney’ Office for the Eastern District of Virginia said in a press release Tuesday evening. “He faces up to life in prison and a mandatory minimum of 21 years in prison when sentenced on Feb. 23, 2021.”

In addition to the three robberies for which he pleaded guilty on Tuesday, McRae also admitted to several other bank robberies, as well as the attempted robbery of a Capital One Bank branch in February 2019, prosecutors say. 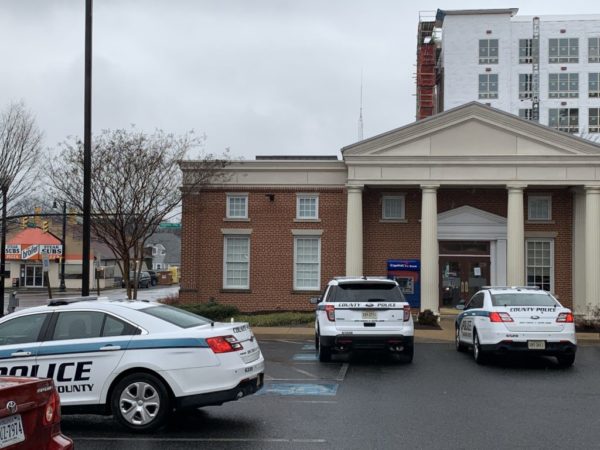 A Washington, D.C. man pleaded guilty today to brandishing a firearm during separate robberies of two banks and a shoe store in Northern Virginia in 2018 and 2019.

According to court documents, Freddie Lee McRae, 34, committed a series of robberies in 2018 and 2019. On Nov. 13, 2018, McRae robbed a Wells Fargo branch located in Alexandria. McRae handed a teller a note that demanded money, indicated he had a firearm, and threatened to “[k]ill [a]ll [b]ankers” if the teller did not comply. McRae pointed a firearm at two tellers before fleeing with approximately $8,750 in cash.

On Dec. 10, 2018, McRae robbed a Burke & Herbert branch located in Alexandria. McRae approached a teller, who asked if he wanted to make a deposit. McRae responded, “gimmie your money,” before lifting up his shirt and pulling a pistol from his waistband, which he pointed at the teller. As the teller gathered money, McRae racked the slide on the pistol and demanded all large bills. McRae fled with approximately $1,366 in cash.

On April 21, 2019, McRae robbed the Legend Kicks & Apparel store located in Arlington. McRae brandished a pistol and demanded that two store employees empty their pockets, which they did. McRae then ordered the employees to lie on the floor before taking approximately $2,160 in cash that belonged to the store. McRae fled the store on foot and the area by vehicle. When a law enforcement officer tried to pull over the vehicle, McRae stopped only briefly before leading law enforcement officers on a vehicle pursuit on the George Washington Memorial Parkway. McRae ultimately jumped out of his moving vehicle prior to it crashing and sinking into the Potomac River. McRae tried to flee law enforcement by jumping into the river, but officers pulled him out and placed him under arrest.

The bank robberies that McRae admitted to committing were investigated by the FBI as part of the “Beltway Bank Bandit” series.

McRae pleaded guilty to three counts of brandishing a firearm during and in relation to a crime of violence. He faces up to life in prison and a mandatory minimum of 21 years in prison when sentenced on Feb. 23, 2021. Actual sentences for federal crimes are typically less than the maximum penalties. A federal district court judge will determine any sentence after taking into account the U.S. Sentencing Guidelines and other statutory factors.

Read more →
More Stories
Morning NotesColony Grill To Give Out Free Pizza to Past, Present Military Members on Veterans Day