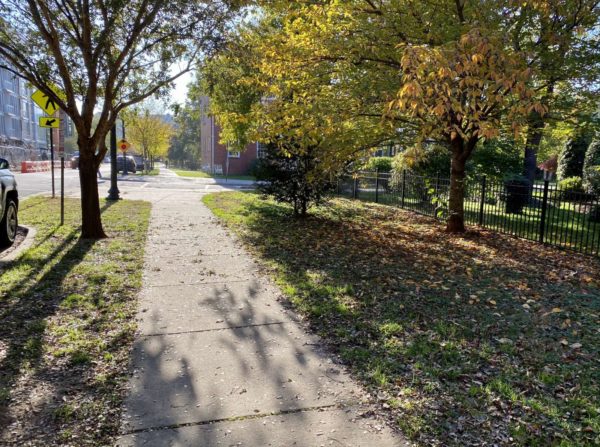 No, That Wasn’t ‘The Bachelor’ in Ballston — “Today, the world paused to consider what would have been the biggest news story of the past 72 hours: Wait — was the Bachelor filming in freaking Ballston? Well, that was at least the question posed by a whistleblower this afternoon, who tweeted out a photograph of a couple dining outdoors surrounded by a camera crew.” [Washingtonian, Twitter]

Pranksters Dialing Rosslyn-Based Trump Hotline — “Trump campaign staffers have been huddled on a noisy floor in the campaign’s Arlington, Virginia, headquarters fielding hundreds of calls a day on a hotline the campaign set up as they try to find instances of voter fraud, multiple sources told ABC News. But the hotline has… been bombarded with prank calls from people laughing or mocking them over Biden’s win before hanging up.” [ABC News, Washington Post]

Editor Rails Against Sports Decision, Media Gloom — “As for canceling the winter sports season… the coaches should have been part of the decision-making loop so they had a heads-up. Then again, maybe the pending arrival of our semi-comatose next president will lead the national media (which helped to haul him across the finish line) to stop the breathless 24/7 doom and gloom it relied on to eliminate Donald Trump, and we can start making decisions about the future like adults rather than weak-kneed scaredy-cats.” [Sun Gazette]

Arlington Couple Weds on GW Campus — “Law school graduate Ian Bryant-Smith and 2018 undergraduate alumna Sarah Breault gathered with a few friends at a high-top table in Kogan Plaza Thursday to sign their marriage papers and officially tie the knot. The couple, who had been dating since high school, said they decided to wed on campus because it was convenient, and their friends could easily access WiFi to project the ceremony to friends and family over Zoom.” [GW Hatchet]

ACPD Hails Four Retirees — “Last week we celebrated the distinguished careers of Captain Chris Hennigh, MPO Corporal Beth Lennon, Corporal Mike Lennon and Corporal Leo Garcia. Combined, they had over 100 years of service to the Arlington community and made significant impacts both within the agency and with those they served. We wish them all the best of luck in retirement and future endeavors!” [Facebook]