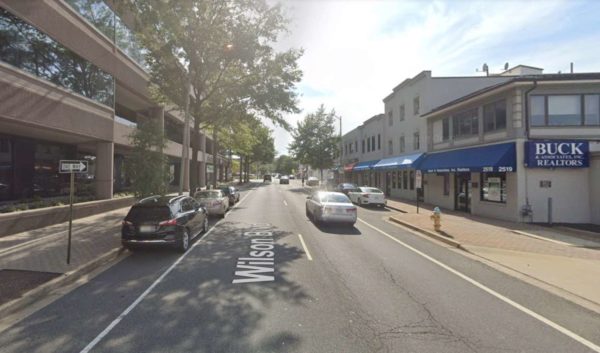 Two men who were allegedly caught inside a business during a burglary, but initially refused to come out, prompted a large police response over the weekend

The incident happened around 1:30 a.m. Saturday on the 2500 block of Wilson Blvd, roughly between Clarendon and Courthouse.

Police, after being flagged down and told 0f the possible burglary, spotted the men inside the business and ordered them to come out. After they refused a standoff ensued, and the U.S. Park Police helicopter and a SWAT team were called in.

“As Emergency Response Team officers prepared to make entry to the building, one suspect surrendered himself to police and was taken into custody without further incident,” said today’s Arlington County Police Department crime report. “The second suspect was located inside a closet during a search of the building and taken into custody without further incident.”

Police did not reveal which business was burglarized.

END_OF_DOCUMENT_TOKEN_TO_BE_REPLACED

More Stories
Shift5 Unlocks Data in Trains, Planes to Make Them Smarter and More SecureProgressive Voice: Want Equity in Higher Education? Look in Our Own Backyard