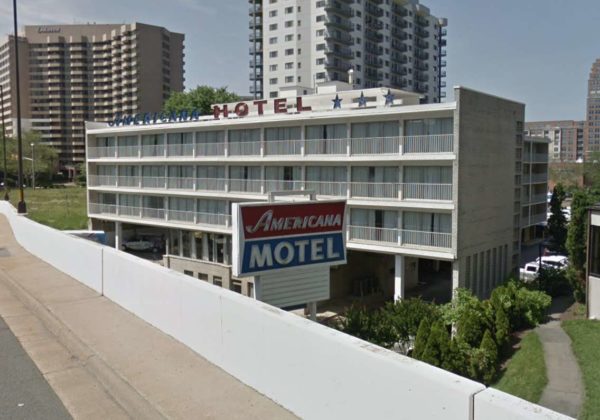 After nearly 50 years in business, the Americana Hotel in Crystal City permanently closed this month.

The hotel at 1400 Richmond Highway opened in 1963, and was one of the first hotels in Crystal City. As the area became a major employment hub, its retro sign remained visible to all driving past on Route 1. It was even featured in a Russell Crowe movie.

A staff member tells ARLnow that the hotel closed earlier this month partly due to negative effects on the travel industry from COVID-19. The staffer could not comment on future plans.

The hotel has gone through a room-by-room renovation over the last several years, and in 2018 its general manager told the Washington Business Journal that it had just enjoyed its best year to date, despite an uncertain future.

The hotel is situated on an acre of land across the street from the future home of Amazon’s HQ2.

As of Monday afternoon, the hotel’s website is down and social media pages have not been recently updated.

END_OF_DOCUMENT_TOKEN_TO_BE_REPLACED

More Stories
Progressive Voice: Want Equity in Higher Education? Look in Our Own BackyardCounty Officials Not Fazed by Drop-Off in Development in 2020