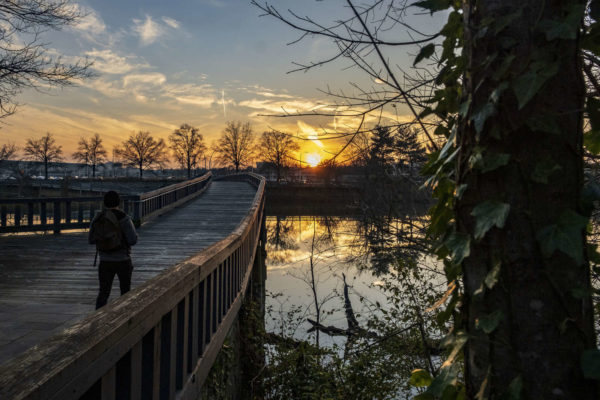 Rent Falling in Arlington — “The median rental price in Arlington for a two-bedroom apartment of $2,032 at the end of the year was down 14.8 percent from March, when the pandemic hit, according to the analysis. Arlington is among of 12 major urban communities that have seen rents fall by more than 10 percent since COVID’s arrival.” [InsideNova, WTOP]

Hotel Guest Arrested for Punching Cop — “Hotel management requested police stand by while they removed individuals from a room for violation of hotel policies. Management advised the guests they would need to leave, and while two of the occupants began to collect their belongings, an argument ensued between them. The dispute continued outside of the room and began to escalate, at which point officers separated the parties. The suspect then allegedly threw an unknown object into the elevator and rushed towards an officer, striking them with a closed fist.” [ACPD]

Compass Apologizes for Rogue Social Post — D.C.-based cafe chain Compass Coffee is apologizing for posting a screenshot of a tweet that said “Republicans are not our countrymen. They are terrorists…” on its Instagram account. “Sorry about this!” Compass said about the post. “Absolutely not what we believe or in line with our values. Currently investigating what / who posted this.” [Twitter]

Bishop Reflects on Capitol Riot — Writes Diocese of Arlington Bishop Michael Burbidge: “The mutual respect we must have for law and order was disregarded. Rather than being treated with respect for the inherently noble work with which they are entrusted, police officers and federal agents in and around the Capitol buildings were, in many cases, attacked, injured and harassed in the line of duty. We should all thank them for their courage and service.” [Arlington Catholic Herald]

Local Nonprofit Has New Leader — “Diana Ortiz, who has more than two decades in the social-safety-net world, has been tapped as president of Doorways, the non-profit safety-net provider. She succeeds Caroline Jones, who departed earlier this year to take a post with the Arlington Partnership for Affordable Housing.” [InsideNova]

Beyer Staffer Tapped for White House Role — “Rep. Don Beyer (D-VA) today congratulated his departing Chief of Staff, Tanya Bradsher, who was appointed by President-elect Joe Biden to serve as Senior Director for Partnerships and Global Engagement on the National Security Council… Beyer announced that his Acting Chief of Staff Zach Cafritz, who had previously served as Deputy Chief of Staff and Legislative Director, would take over as Chief of Staff.” [Press Release]