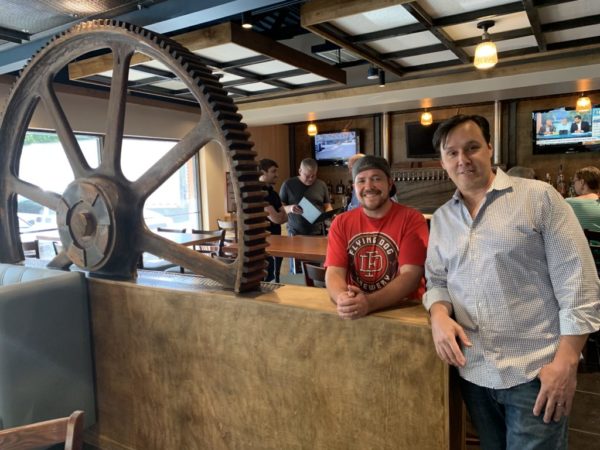 After several difficult months for Meridian Pint (6035 Wilson Blvd), owner John Andrade said an opportunity came along to sell the business and he took it.

The bar in Dominion Hills was part of a small, pint-sized franchise when it opened in 2019, but the Columbia Heights location in D.C. closed as part of the move to Arlington. Smoke & Barrel, another Andrade restaurant in Adams Morgan, closed late last year. Brookland Pint in D.C. remains open.

“It is with heavy heart I announce I am no longer the principal owner of Meridian Pint,” Andrade said in a post on Facebook this week. “This past year presented fiscal challenges that were difficult to survive. And although Meridian Pint and its staff received heroic and loyal support from our incredible Arlington neighbors, ultimately, Meridian Pint was simply unprepared financially to keep operating to a level that the community and our amazing staff deserves.”

Andrade has launched a GoFundMe in January to help cover expenses for the staff. The fundraiser ultimately raised $3,560.

“Recently, the opportunity was presented to pass the torch on to an organization better prepared to carry on the legacy of Meridian Pint,” Andrade said. “The decision was tough but obvious. I am pleased to tell you that under new management, Meridian Pint will now begin its next chapter in Arlington, ready to serve you everything you have come to love, only better.”

No information about the new owners was immediately available.

“I hope that you will support this next phase in the story of our neighborhood gathering place along with me,” Andrade said. “You will continue to see me at ‘The Oldest Bar in Dominion Hills’ regularly. Except from now on, I’ll be on the customer side of the bar. It has truly been my greatest pleasure and honor in serving you.”

The run of bad luck for the bar didn’t end with the sale announcement, however.

Early in the morning, the day after the announcement, a burglar reportedly broke into the bar. According to a police report, an unknown suspect forced entry into the business early Wednesday morning, caused damage to the bar and stole a cash box.

Andrade confirmed that it was Dominion Pint that was burglarized, saying that he thinks the break-in was part of a string of burglaries occurring in the area.