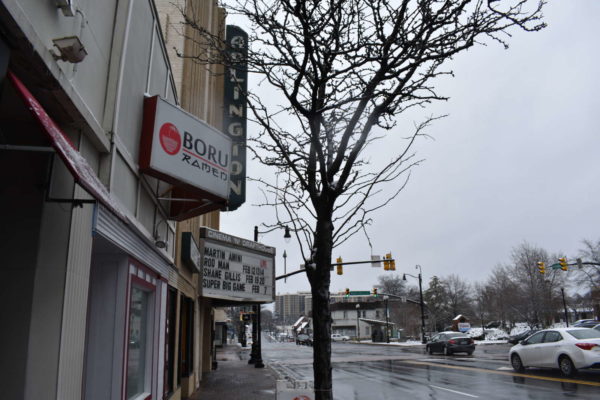 About two-third of the way through Fellowship of the Ring, Gandalf offers Frodo some encouragement as the hobbit despairs that he lives in difficult times.

“So do all who live to see such times. But that is not for them to decide. All we have to decide is what to do with the time that is given to us.”

It’s a line that might as well be aimed at the staff of Arlington Cinema & Drafthouse (2903 Columbia Pike), who are starting their return to showing films with a Lord of the Rings trilogy screening as part of a tiring struggle to stay afloat amid COVID-19.

“We are hanging in there,” said Tim Clark, owner of the venue. “It’s not pretty, but we’re starting to see people coming back out.”

Events at the drafthouse are still operating at under 30% capacity to allow for social distancing which, if every show is a sell out, is financially is just treading water.

“Right now trying to go through grant process, but it’s not sustainable,” Clark said. “I don’t think many restaurant theater business operations are built to run on 30%. And that’s 30% if we sell out, and we’re not selling out every show. If you take averages and you’re at 20%, it’s really not sustainable.”

Clark said March will be the trial run for starting movies again, noting that the recent rolling back of curfews and restaurant restrictions should help smooth operations at the venue.

The first event will be a Lord of the Rings Trilogy festival on March 7. Tickets are $10 for all day access and the event will feature themed specials. Attendees are also encouraged to dress in costumes — with masks required — and winners of a costume contest will receive prizes.

The movies start at noon with Fellowship of the Ring, then 3:15 p.m. for Two Towers and 6:30 p.m. for Return of the King. The films will be the theatrical cuts rather than the full 11.3 hour extended editions, but Clark said that mostly came down to crunching the times.

Other movies throughout March include:

Comedy acts coming up over the next month include:

The full calendar of events is available online, and Clark said he’s starting to book events into June. In the meantime, the drafthouse is going to keep applying for grants and hoping for the best with vaccinations and the COVID recovery.

“We’ve applied for an SVOG grant, which is basically for theatrical venues, live entertainment, and they haven’t quite got the application ready yet but we’re headed in that direction,” Clark said. “Hoping that carries us through, but just buying time.”