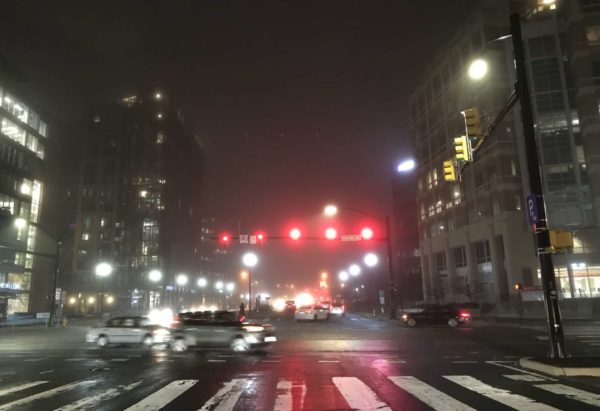 Reminder: HQ2 Phase 2 Meeting Tonight — “The County is kicking off a public review process for the proposed next phase of Amazon’s HQ2. Thursday at 6:30 p.m. join an virtual community meeting to learn more about the plan, how the review process works, and when you can share feedback.” [Twitter, Arlington County]

‘Our Revolution’ Joins Civic Federation — “You say you want a revolution? Upon further review, the Arlington County Civic Federation has decided… it does! At the organization’s March 13 meeting, a vote on the membership application of the left-leaning political group Our Revolution Arlington came up for consideration by federation delegates. The final vote was 40 to approve, 11 to reject, eight abstentions and one non-response.” [Sun Gazette]

New GOP Entrant in Delegate Race — “The district trends Democratic in the same way Chicago winters trend cold, but a Republican has stepped up with plans to contest the 45th House of Delegates district in November. J.D. Maddox, a small-business owner and former Central Intelligence Agency official, announced March 23 he planned to seek the seat currently held by Del. Mark Levine, a Democrat.” [Sun Gazette, ALXnow]

Death Penalty Repealed in Va. — “Gov. Ralph Northam on Wednesday signed legislation to officially abolish the death penalty in Virginia, making it the first Southern state to ban capital punishment. ‘Justice and punishment are not always the same thing, that is too clearly evident in 400 years of the death penalty in Virginia,’ Northam, a Democrat, said during remarks ahead of signing the legislation, saying that it is both the right and the moral thing to do.” [NBC News, Commonwealth of Virginia]

Read more →
More Stories
Just Sold in Arlington: March 25, 2021Morning Poll: Which Pandemic-Era Practice Would You Most Like to Stay?