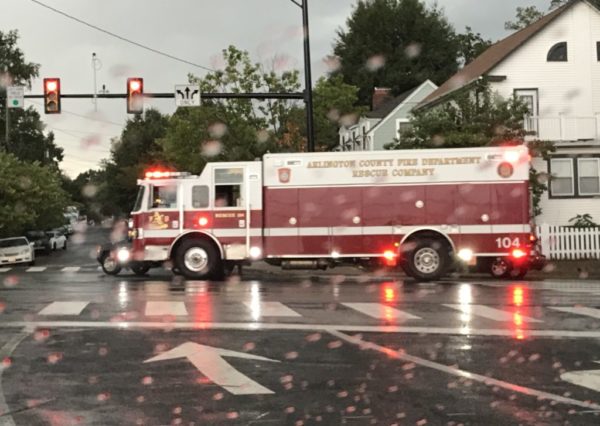 A large fire department response is on scene of a house fire in Arlington’s Penrose neighborhood.

The blaze broke out shortly after 9 a.m. on the 400 block of S. Barton Street, not far from one of the entrances to Joint Base Myer-Henderson Hall.

Initial reports suggest that firefighters arriving on scene found a relatively small but smoky fire in the basement of a home. Firefighters are now working to ensure that the fire has been completely extinguished and everyone made it out of the house okay.

So far no injuries have been reported.

#Update The fire is now out and was contained to a small area of the residence. No injuries to civilians or firefighters. Units will be checking for additional fire spread before cleaning up.