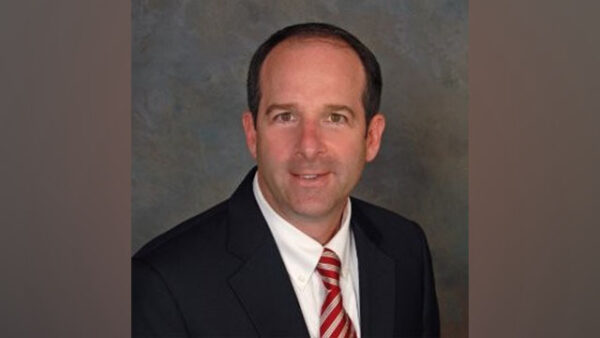 Mike Cantwell is seeking an Arlington County Board seat.

Arlington’s elections office confirmed Wednesday morning that Cantwell indicated by email his intention to run but hadn’t yet filed paperwork.

Cantwell told ARLnow.com that he’s running as an independent.

A graduate of the U.S. Naval Academy, he’s held positions with the federal government and currently works for the National Geospatial-Intelligence Agency as a branch chief. He has two graduate degrees, including one from the U.S. Naval War College.

He will face the Democratic nominee, either County Board incumbent Takis Karantonis or challenger Chanda Choun, as well as independent Audrey Clement, a frequent candidate for local office.

Democrats will choose their nominee through a June 8 primary. Arlington Republicans have until June 13 to nominate a candidate for the general election.

Among his numerous activities within the community, he’s the president of the Yorktown Civic Association and former board member of the Lee Highway Alliance that’s sought to revitalize the corridor to benefit businesses and neighborhoods.

Cantwell has been active with the nonprofit Arlington County Civic Federation, but resigned from his position on the federation’s board last month to pursue a run for County Board. He is also the vice president of FairVote Virginia, an organization seeking election reform, particularly with ranked-choice voting.

The five-person County Board, whose members serve four-year terms, currently consists entirely of Democrats. The last time an independent candidate won a seat there was John Vihstadt in 2014.

Karantonis secured a partial term to the seat in a July 2020 special election, following the death of former Board member Erik Gutshall.

Cantwell and the other three candidates are set to appear together via Zoom for the Arlington Chamber of Commerce’s annual County Board Candidate Forum this coming Tuesday, May 25.