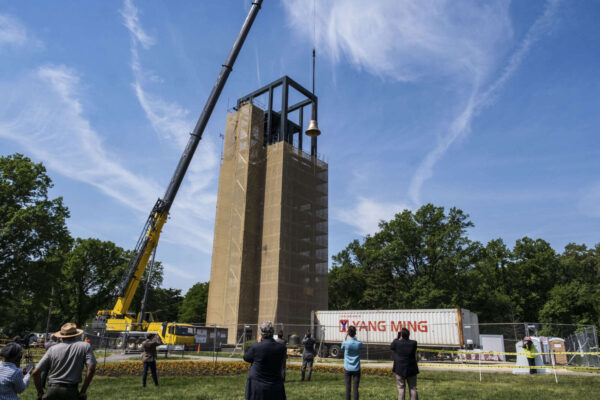 A music-producing memorial tied to World War II received some fanfare this morning, as part of a restoration effort that began in 2019.

The towering Netherlands Carillon, located near the Marine Corps War Memorial and a short walk from Rosslyn, had its bells removed and shipped back to the Netherlands for restoration and tuning. The country gifted the memorial to the U.S. for its help during and after the war.

On Thursday morning, a new bell weighing over three tons was raised by a crane, in a ceremony that featured the U.S. and Dutch anthems as well as speakers including André Haspels, ambassador of the Kingdom of the Netherlands.

The hoisted George C. Marshall Bell is named after the former secretary of state who under President Harry Truman helped Western Europe rebuild with the Marshall Plan. 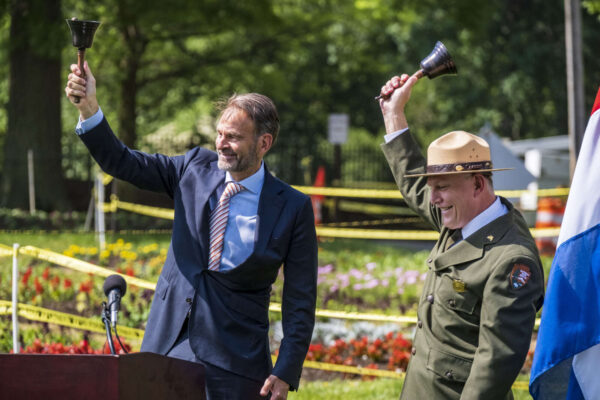 The bell, along with two other new bells, were cast in 2020 in the Netherlands.

The carillon was first installed in D.C. in West Potomac Park before being relocated next to the war memorial in Arlington in 1960.

The three new bells will make it a grand carillon — a term for the musical instruments that have more than 50 bells.

The other two bells will be added later, and the National Park Service expects the restoration to be complete by this fall. Those other bells are being named in honor of civil rights activist Martin Luther King Jr. and First Lady Eleanor Roosevelt. 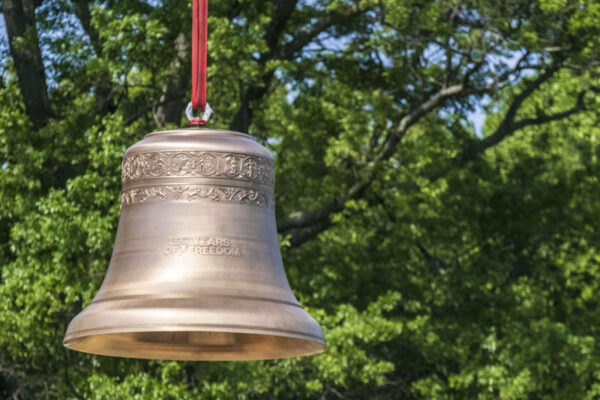