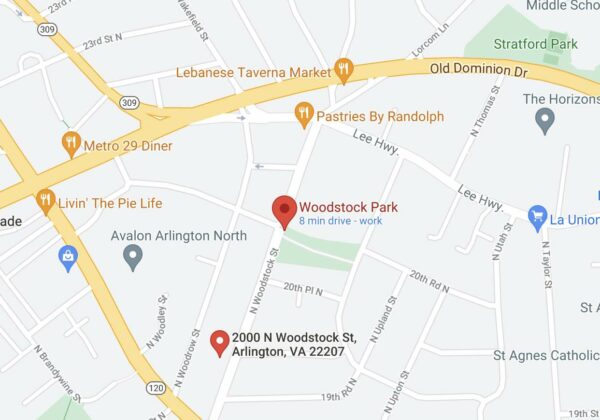 Police are investigating blood found at a North Arlington park.

Crime scene tape was placed around Woodstock Park in Waverly Hills, a park and playground popular with children, this morning shortly after 8 a.m. One local resident described a “pool of blood” being found at the park.

So far, however, police haven’t determined where the blood came from.

“At approximately 8:01 a.m., police were dispatched to the 2000 block of N. Woodstock Street for the report of blood located in the park,” Arlington County Police Department spokeswoman Ashley Savage said. “At this time, no victims or crime have been determined. ACPD remains on scene investigating and will canvas the area for additional information related to the incident.”

The crime scene caused concern among neighbors, who took to social media to ask about what happened.

@ARLnowDOTcom police activity at Woodstock Park, several officers on site and the entire park is taped off

@ARLnowDOTcom Whats going on at Woodstock Park? Police have the whole park taped off.