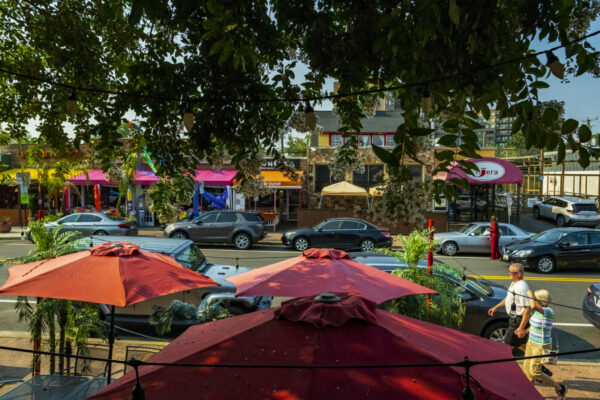 Arlington Traffic Still Way Down — “New numbers provided to 7News by the Virginia Dept. of Transportation (VDOT) show… weekday traffic in Arlington County in June 2021 was still down 26% versus June 2019. But that was an outlier – in Fairfax County traffic was only down 12%, Loudoun County just 8%, and Prince William County was basically back to normal, falling just 3% versus June 2019.” [WJLA]

A-SPAN Rebrands — “What began life three decades ago as the Arlington Street People’s Assistance Network, or A-SPAN, has assumed a new identity: PathForward… ‘We came to the conclusion that we needed a new name to match all that we do,’ the organization’s board chair, Tim Denning, said.” [Sun Gazette]

Route 1 Makes NYT List — “The New York Times this May compiled a list of ’50s-era American highways being re-thought in an age when environmental concerns and past racial injustices in land use are at the national forefront. Arlington’s section of Route 1, that elevated structure that pierces Crystal City, made the cut.” [Falls Church News-Press]

AWLA Reunites Raccoon Mom and Baby — From the Animal Welfare League of Arlington: “Officer Elpers got some amazing footage of this mama raccoon reuniting with her baby this morning.” [Facebook]

Darby Family Visits ACFD Station — “Ashley Darby is having plenty of family fun with her kids this summer. The Real Housewives of Potomac cast member [and Arlington resident] recently took to Instagram to capture their latest outing that left her two-year-old son, Dean, completely ‘lost for words’… ‘What a fun time we had at the Arlington County Fire Station 4 with our friends!’ she wrote in the caption.” [Bravo]