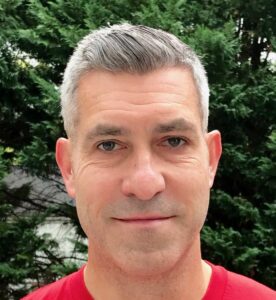 The County Board will consider a proposal allowing county employees to engage in collective bargaining, presenting an opportunity for employees and management to negotiate on things such as wages, benefits, and working conditions.

When public employees, including first responders and county employees, have a union contract, it can improve public services by reducing employee turnover and giving workers a voice in areas such as cost savings and efficiencies. As a county employee said last month before the County Board, county workers want to “offer our expert opinions on our workplace concerns.”

For Virginia, collective bargaining could help alleviate wage disparities that public employees have with their private sector counterparts, while also addressing racial and gender pay equity problems. In our community, unionized county employees could also raise wages for all workers by setting a standard for fair and equitable pay.

Over the past year, county workers have been setting the stage by joining unions and engaging in discussions with county management about what a collective bargaining ordinance could look like. Last month, the County Manager submitted his proposal to the County Board. While this proposal is strong in many respects, I believe it could be improved in three key areas.

As for APS employees, School Board Chair Barbara Kanninen noted that “staff compensation and a plan for collective bargaining will be key areas of focus for us this coming school year. It is vital that we ensure that all staff are fairly and consistently rewarded for their great work.” The School Board is a separate governing body with oversight and management of our public school system’s approximately 6,794 full-time, part-time and hourly employees.

As a 30-year Arlington resident, I’m thrilled our County Board is leading the way on labor issues in our state. Arlington County workers had union contracts until 1977, when the Virginia Supreme Court ruled that Arlington needed permission from the state legislature to enter into a collective bargaining arrangement. In 1993, the legislature reinforced this ruling by passing legislation banning the practice altogether.

This ban put us at odds with the United Nations, the American Civil Liberties Union, the Catholic Church and an array of organizations across the world that recognize collective bargaining as a human right. In 2019, the Virginia legislature overturned this ban and left it up to local governments as to whether their employees could unionize and engage in collective bargaining

I’m hopeful that the ultimate ordinance passed by the County Board will be a robust progressive bill that reflects our community values and shows that we value the voices of our county workers.