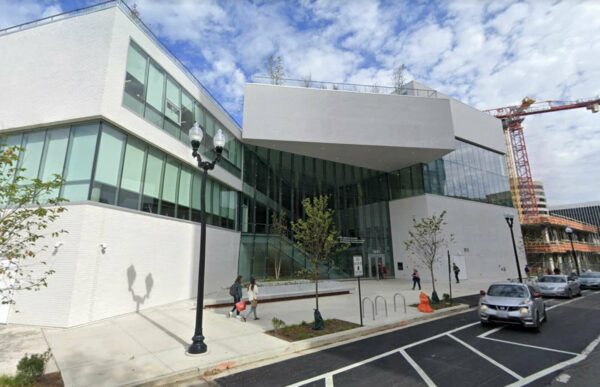 A man was found dead on a bench outside the H-B Woodlawn school in Rosslyn this morning.

Police are now investigating the man’s death, but note that there is no known threat to the community.

“At approximately 8:36 a.m., police were dispatched to the 1600 block of Wilson Boulevard for the report of a check on the welfare of a man lying on a bench,” said Arlington County Police Department spokeswoman Ashley Savage. “Upon arrival, officers located an adult male deceased. The police department is conducting a death investigation and there is no apparent threat to the community related to this incident.”

The deceased individual was wearing a hospital gown when he was found unresponsive by first responders, Savage confirmed to ARLnow.

Arlington Public Schools’ H-B Woodlawn high school program moved into The Heights building at 1601 Wilson Blvd in the fall of 2019. The Shriver special education program is also based in the building.