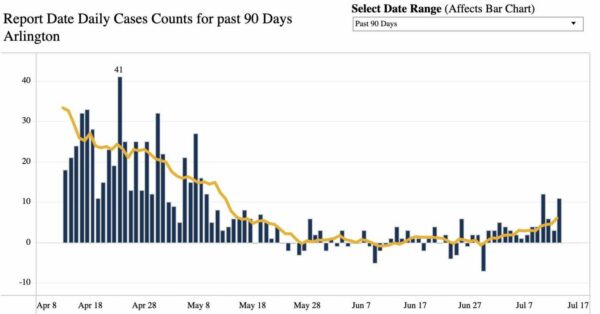 After hovering around zero since Memorial Day, coronavirus cases in Arlington have started to rise again since the beginning of July.

The rate of new cases remains relatively low, but the trend is unmistakable: up. Eleven new cases were reported yesterday, bringing the trailing seven-day average to six cases per day.

That’s the highest point since mid-May.

Arlington’s COVID-19 test positivity rate, meanwhile, has crept up to 1.3%. That’s the highest point for that figure since mid-May, after bottoming out at 0.3% on June 18. 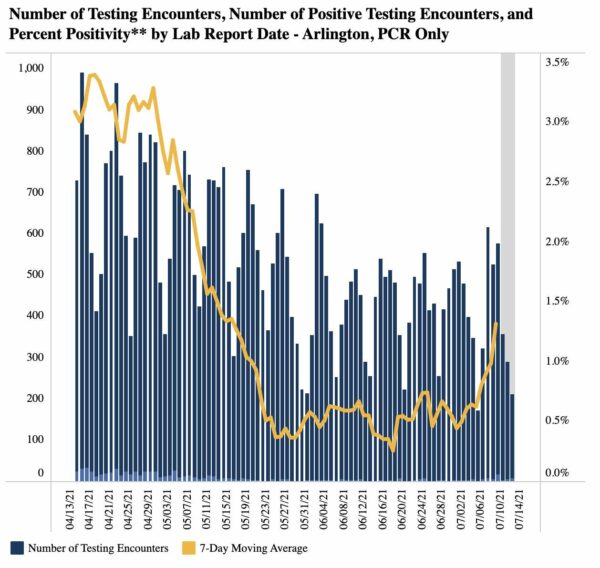 The rise in cases here comes amid a rise nationally, attributed primarily to unvaccinated individuals contracting the newer, more contagious delta variant of the virus. About 70% of the adult population in Arlington has received at least one vaccine dose, according to Virginia Dept. of Health data.

One death and about a dozen Covid-related hospitalizations have been reported in Arlington over the past month.