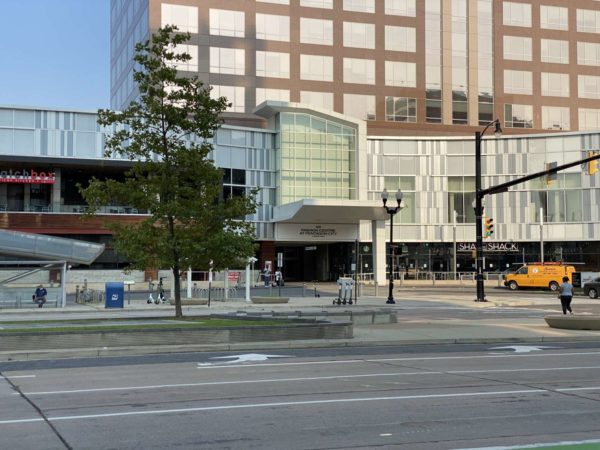 A man is in custody after allegedly fighting with police at the Pentagon City mall today.

The incident happened around 12:30 p.m. on an upper level of the mall near Jos. A. Bank, after police were dispatched for a report of a man trespassing in the shopping center.

“Arriving officers made contact with the suspect and during the course of the investigation, it was determined that he was wanted out of another jurisdiction,” Arlington County Police Department spokeswoman Ashley Savage said.

Police say they used a Taser and pepper spray as the man tried to flee and struggled with officers.

“As officers attempted to take the suspect into custody, a struggle ensued, during which officers deployed a Taser,” Savage said. “The suspect then ran from the officers. OC spray was deployed and the suspect was taken into custody. He did not require medical transport and no officers were injured.”

Savage noted that the information about the arrest is preliminary. No additional details about the suspect nor the charges against him were given.

The nature of the trespassing accusation is also unclear, though businesses often ban individuals from their stores or properties after shoplifting attempts and other minor crimes, sometimes in lieu of pressing charges. After being banned, the suspect can be charged with trespassing if they return.

“The investigation is ongoing,” Savage said.