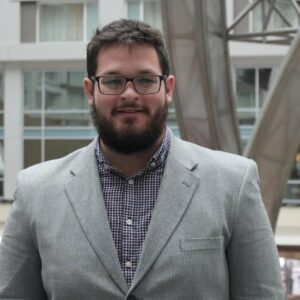 The following was written by guest columnist Alex Pilkington.

According to the most recent census bureau data, Arlington County is home to nearly 230,000 residents. Over 10 percent of these residents are disenfranchised from participating in deciding how our community should be governed. Although they call Arlington home, they have not yet acquired citizenship.

As an inclusive county that values civic participation, Arlington should seek to grant local voting rights to all people that call Arlington home, including those that might not be fully recognized citizens.

Non-citizen Arlingtonians have children in Arlington Public Schools, engage in commerce within our local economy, drive on Arlington roads, use public transportation, play within Arlington’s parks, and study and read within Arlington’s libraries. Regardless of where they emigrated from or how long they have lived here, they are Arlingtonians at their core and should be given the ability to vote for their representatives at the local level.

Although state and federal elections garner most of our attention, local races have a significant impact on daily life for all Arlington residents. This includes the County Board, Commissioner of Revenue, Treasurer, Sheriff, Commonwealth Attorney and Arlington County School Board. Our democracy would improve if more residents of Arlington engaged in these elections. Through extending such voting access, our elected representatives from these offices will need to seriously consider the additional input of a group of people that has traditionally been kept in the dark.

This isn’t some brand new proposal either. This past year, two cities in Vermont (Montpelier and Winooski) joined San Francisco and nine jurisdictions in Maryland in allowing non-citizen voting access in local elections. With Massachusetts, Illinois, New York City, and D.C. considering legislation that would extend voting access within their jurisdictions, Arlington should consider adding its name to this growing list.

Of course, it wouldn’t be an easy feat to accomplish. Based on the debate that previous jurisdictions have seen, there’s reason to believe that there would be significant opposition to such a proposal. In fact, some states have gone so far as to preemptively nullify any local jurisdictions from implementing such a policy.

However, just because something might be difficult shouldn’t preclude it from being considered and brought up for debate. Arlington should be doing everything it can to support and stand behind the immigrants who call our county their home.

I assume that many opponents of this proposal may argue that if people wish to participate in our country’s democratic process, they must go through the complex process of becoming a citizen. A policy analysis from the Cato Institute shows that the typical time it takes to apply for a green card, which is the first step in the naturalization process, is six years (up from about two and a half years in 1991) and that length of time is expected to only increase unless steps are taken to streamline our immigration processes.

If the naturalization process was far more accessible, perhaps that argument would hold more weight. After all, if it was easy to gain citizenship then there’d really be no need for this article since anyone who wanted to participate in the democratic process here in Arlington could. By adopting this policy, Arlington would be making room for our immigrant neighbors and help portray a region where we are not only grateful towards them choosing Arlington, but that we want them to participate in deciding how our county is run.

Without a doubt, the biggest roadblock that could come up with this proposal would likely lay with how the Dillon Rule would come into play. But there is hope that the Virginia legislature could allow localities to enfranchise non-citizens in local elections. Last March, HB1103 passed the Virginia State Assembly. HB1103 is an opt-in statewide local pilot for ranked-choice voting where local governing bodies could vote to have their members elected by ranked-choice voting. In this same manner, we could look to and petition the Virginia Assembly to do something similar for allowing non-citizen voting in local elections.

While federal immigration policy stands to be one of the most daunting policy areas in need of an overhaul, Arlington can serve to be a place where we not only welcome the cultural and economic contributions of our foreign-born neighbors, but also fight to provide them with the ability to exercise their voice within their local community.

Alex Pilkington is an Arlingtonian living along Columbia Pike in the Foxcroft Heights Neighborhood. Alex serves as a volunteer with the Libertarian Party of Northern Virginia. A longtime libertarian activist, he appreciates the impact that local communities can have on the individual.