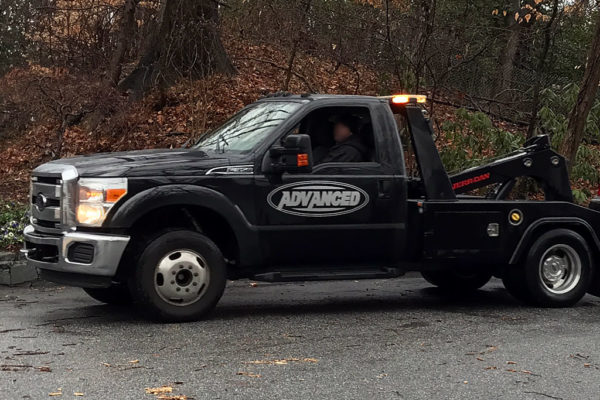 During two days of arguments, the AG’s office honed in on the towing company for what they considered to to be unsafe towing practices, overstepping their authority, and allowing unregistered drivers to tow.

Saying that both the county and consumers don’t have much recourse on these matters, Assistant Attorney General Erin Witte made the point that the responsibility was on the Commonwealth to hold Advanced Towing accountable.

“If we don’t do it, it won’t happen,” she said during her opening arguments and speaking to Chief Judge William Newman.

The AG’s office is seeking an injunction to end Advanced Towing’s “illegal practices,” restitution for consumers, plus civil penalties, and attorney’s costs and fees.

While the case was initially supposed to be wrapped up within two days, Judge Newman ruled to allow it to extend to a third day for closing arguments on Oct. 20. A decision by the judge is expected shortly after that.

It was back in June 2020 when the Commonwealth of Virginia filed a lawsuit against Advanced Towing for conduct the state deemed to be “frequently predatory, aggressive, overreaching and illegal.” However, it took 16 months of motions, requests for information, and withdrawn trial dates to get to this point.

It’s undisputed that Advanced Towing’s tactics have angered scores of drivers, unhappy with being towed, including former ESPN reporter Britt McHenry, Amazon delivery drivers, and others. One person has even set up and, for years, maintained a website dedicated to exposing alleged wrongdoing by Advanced, after his Jeep was reportedly damaged while being towed in 2016.

Advanced has argued repeatedly that it is providing a necessary service by towing vehicles that are trespassing on private parking lots. But those being towed nonetheless frequently vent frustration, often prompting calls to police over disputes at the Advanced lot in Ballston.

Sometimes it goes further. In January 2020, an Uber driver trying to drive out of the lot without paying struck owner John O’Neill at the company’s lot. During his testimony during this trial, O’Neill referred to this as his “accident” and said it has caused him severe medical issues.

The company’s attorney Chap Petersen, who is also a Virginia state Senator, acknowledged that there are a lot of people who are pretty upset with his client.

But the question before the court is whether the actions of Advanced Towing are actually illegal despite the company’s assertions to the contrary.

The days-long trial examined a number of alleged bad practices of Advanced Towing, including towing of police vehicles, towing without proper authority, not properly securing vehicles while towing, the safety and professionalism of Advanced Towing employees, if contracts with property owners were properly signed and up to date, the registration status of drivers, and whether towing signage and markings were clear enough for consumers.

To make their case, the AG’s office brought a parade of witnesses to the stand. Among them were several Arlington County police officers, Advanced Towing employees, and people who have had their cars towed.

The police officers testified they had written a number of tickets over the last several years to Advanced Towing, related to improper towing due to safety straps not being applied and not securing the load properly.

Consumers spoke at length about their experiences being towed. One witness recounted having her car towed from her own co-op residence parking lot.

Although she eventually got her car back without paying a fee, she recounted how much time and stress it caused her.

“I was devastated,” she said on the witness stand.

Several witnesses spoke about the “unprofessional” interactions they had with Advanced Towing employees, including one woman who said she was aggressively accosted at the company’s tow yard, which made her feel unsafe.

While the company operates throughout Arlington County as well as in parts of Fairfax County, a lot of time was spent on their towing authority and practices related to a Wilson Blvd parking lot near Ballston that’s used by Gold’s Gym, &Pizza, and bicycle store Spokes Etc.

Local residents on the witness stand (some appearing virtually) recounted their times of running into one of these businesses, only to have their vehicles towed within minutes.

At question were parking spots were specifically marked to be available for customers of particular businesses. If, for example, a customer parks in a Gold’s Gym spot, but goes into the &pizza across the parking lot, that would make their vehicle eligible to be towed.

The defense argued that this practice was authorized by the property owner, in a 2005 contract and an updated 2017 contract.

On the stand, the lot owner said this specific condition, as well as some of the towing conditions she requested of Advanced Towing, were never part of a written contract, but were made via verbal statements, email, or text. During additional testimony from both the property owner and O’Neill, it was admitted that the 2017 contract detailing such conditions wasn’t signed for a period of time.

When it eventually was signed by both parties, the contract was backdated to six weeks earlier. This backdating came as at least one consumer was requesting to see a copy of the contract, which is supposed to be maintained for public inspection in accordance with county code.

When the property owner was asked if she was pleased with the service that Advanced Towing had provided to the property since 2005, she answered, “for the most part, yes.”

Additionally, at odds was the clarity of signage and stencil markings in the parking lot, with the AG’s office providing photographic evidence that the stencilings on the asphalt were not clear to consumers, particularly at night.

On the second day of the trial, the AG’s office showed more-recent videos of what it described as unsafe and improper towing from the fire lane of the privately-owned driveway next to P.F. Chang’s restaurant in Ballston. Many of the vehicles towed belonged to drivers picking up their orders or working for Uber Eats and other delivery apps.

The point was to show that, despite the AG’s lawsuit being filed last summer, Advanced Towing’s actions continued.

Several other items came out during trial, including the reading of a previous deposition from an Advanced Towing employee in which it was said that tow truck drivers receive $35 for every vehicle they tow and that there’s no written employee manual.

What’s more, Advanced Towing does not require drivers to provide the company with their updated registration information from the Virginia Department of Criminal Justice Services, the AG’s office alleged. An Advanced Towing employee testified that she has pictures of all the drivers registrations on her personal cell phone.

Advanced owner John O’Neill also took to the witness stand twice, first questioned by the AG’s office and, then, by his defense attorney. Witte went over company records, contracts, driver registrations, and asked whether O’Neill knew his drivers were towing without properly securing safety straps, endangering public safety. At one point, O’Neill appeared to become overcome with emotions and paused speaking for several moments.

The Assistant AG also asked O’Neill to discuss his involvement with the county’s Trespass Towing Advisory Board. He acknowledged that he sat on it for years, but was recently asked to leave due to this lawsuit.

When called to the stand by his attorney, O’Neill testified that has never once encouraged drivers to tow unsafely. If they did receive a ticket for not properly securing a vehicle with safety straps, he disciplined them.

“I make them go home and don’t pay for that tow,” he said, while also noting this happened as recently as last week.

Toward the end of the second day, the defense made a motion to strike the entire lawsuit based on lack of evidence that anything illegal was done. The judge denied the motion, but did strike a portion regarding the towing of police vehicles.

While closing arguments are behind held until Wednesday, Oct. 20, both the AG’s office and the defense had some parting words as the second day reached its conclusion.

Petersen called the lawsuit “overkill” and that he believed “the office of the Attorney General wants to put my client out of business.”

Witte made the case that the requirements the state, county, and legal contracts put in place have to be upheld and the alleged violations by Advanced Towing need to have recourse.

“These requirements need to mean something,” she said. “They have to.”

END_OF_DOCUMENT_TOKEN_TO_BE_REPLACED

More Stories
Your Beermonger: When You’re at a Brewery and Don’t Know What to Order, Follow This RuleMost-Read Arlington Stories of the Week: Oct. 4-8, 2021