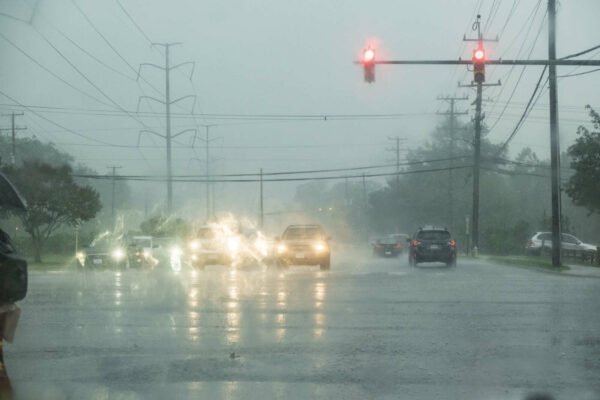 Metro Woes Extend into November — “Metrorail service will remain at the current reduced levels through at least November 15 as Metro continues to work with the Washington Metrorail Safety Commission on a plan to get 7000-series railcars safely back into service. Trains will continue operating every 15-20 minutes on the Red Line and every 30-40 minutes on all other lines.” [WMATA, Washington Post]

Advocates Push County to Cut ICE Ties — “A coalition of advocates focused on ending Arlington County police’s voluntary cooperation with Immigration and Customs Enforcement released a detailed policy proposal on Thursday, outlining their plan for how Arlington County can cut all voluntary ties with the federal immigration enforcement agency.” [DCist]

Renovations at South Block — “Sign at Clarendon @SouthBlockCo noting that they’ll be closed for renovations as of next Monday.” [Twitter]

Va. Square Neighborhood Profiled — “Virginia Square is easily overlooked by Clarendon, its rowdier neighbor to the east, and Ballston, the shopping and dining hub to the west. Yet the neighborhood is a convenient compromise for residents wanting to be near dining and entertainment options but not necessarily living right above them. Plus, large, leafy Quincy Park offers a variety of playground equipment and an abundance of calm for residents seeking serenity.” [Washington Post]

Al’s Steak House Mulls Arlington Outpost — “Nelson Rodriguez, who also owns the Pan Am Family Restaurant in Vienna, says that nothing will change at Al’s… ‘The steak-and-cheese sandwich is the same as it has always been,’ he said. ‘We want to open another cheesesteak restaurant in Arlington sometime next year. It’s a very good business, cheesesteak subs, and I have a broker looking for locations.'” [ALXnow]

It’s Friday — Rain before 2pm today, then showers and possibly a thunderstorm between 2pm and 5pm, then showers after 5pm. Areas of fog. High near 64. Breezy, with an east wind 16 to 22 mph, with gusts as high as 37 mph. Rainfall amounts between 1 and 2 inches possible. Sunrise at 7:32 a.m. and sunset at 6:10 p.m. Tomorrow there’s a chance of showers. Otherwise it will be cloudy, with a high near 64.