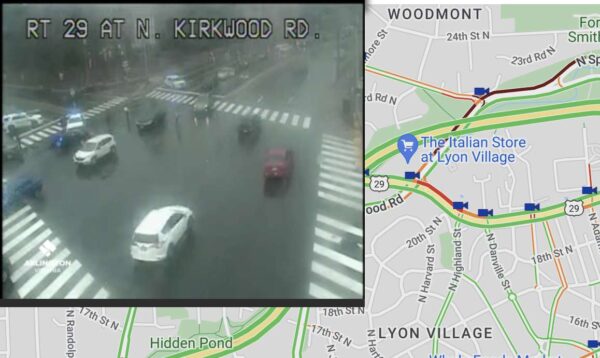 The westbound lanes of Spout Run Parkway are blocked approaching Langston Blvd due to a crash involving a police vehicle.

Initial reports suggest an unmarked police vehicle and another vehicle collided near the intersection. The exact circumstances around the crash are unclear, but no serious injuries were reported.