(Updated at 3 p.m.) Arlington County police have arrested a 37-year-old Maryland man after a week-long spree of vehicle vandalism. 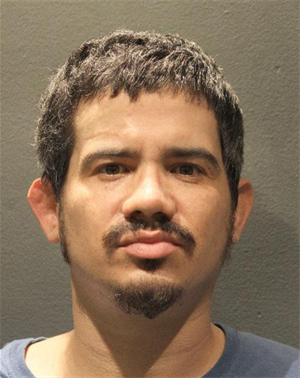 Police announced this afternoon that the suspect was arrested last night and found with a BB gun in his car. The arrest, which appears to have taken place at the 7-Eleven parking lot at 201 S. Glebe Road, happened after police say they were able to identify a “possible suspect vehicle.”

Dozens of cars were damaged, with windows shot out, during the spree that started last Thursday and stretched across various neighborhoods throughout the county. Many of the incidents took place in the Clarendon and Ballston neighborhoods.

A possible motive for the vandalism was not given. The suspect does not appear to have any recent prior criminal charges in Arlington, according to court records.

“On October 27, police took 10 additional reports in a destruction of property series in which a suspect damaged the windows of parked vehicles with a BB gun,” an ACPD crime report said.

The police press release about the arrest is below.

The Arlington County Police Department is announcing the arrest of a suspect in a destruction of property series in which numerous vehicles were damaged in neighborhoods across Arlington. Luis Tavares Sanchez Manuel, 37, of Capitol Heights, MD is charged with twelve counts of Destruction of Property and is being held without bond in the Arlington County Detention Facility. Additional charges are anticipated.

Late last week, police began investigating a destruction of property series in which a suspect discharged a BB gun at the windows of parked, unoccupied vehicles causing damage. During the days that followed, additional incidents occurred during overnight hours in various neighborhoods across the County.

During the course of the investigation, police spoke with witnesses and reviewed crime scene evidence which led to the identification of a possible suspect vehicle. On the evening of October 27, a patrol officer observed the suspect vehicle traveling on S. Walter Reed Drive. The driver proceeded to a business in the 200 block of S. Glebe Road where officers took him into custody as he was exiting his vehicle. During a search of the vehicle, a BB gun was recovered.